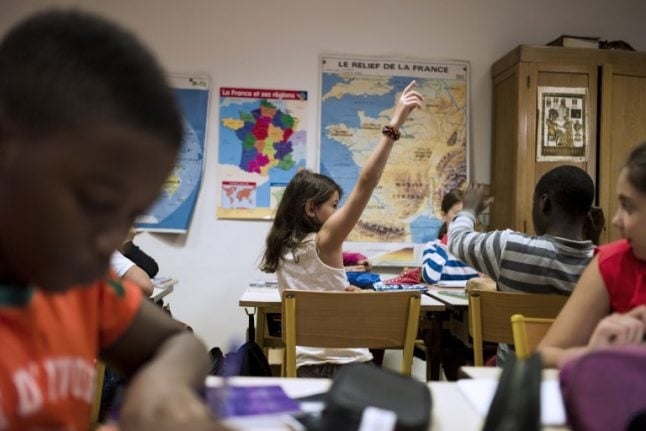 France is known for its secular public schools where even the mention of religious education can be a touchy subject, to say the least.

But in the historical region of Alsace-Moselle, which was part of Germany when France's secular school system was created in the 1880s, religious education is actually compulsory at both primary and secondary schools.

The piece of legislation which makes the region an exception is known as the Concordat of Alsace-Moselle and it sealed the deal on this and many other laws which separate Alsace-Moselle from the rest of the country.

The Concordat recognises four religious traditions in the historical region, which is now made up by three departments (Bas-Rhin, Haut-Rhin and Moselle), including three branches of Christianity namely Catholic, Lutheran and Reformed, as well as Judaism.

These religious education lessons are given by members of the faiths being taught and under the control of the respective churches.

Meanwhile, the French concept of secularism (laïcité) a rigid separation of church and state, does not apply in this region at all.

However parents can now opt for a secular equivalent lesson by a written request and there have been debates in recent years over whether it's possible to scrap this part of the legislation, with some parents arguing in favour of ditching it.

“The right to equality is violated at primary school where an hour of religious education is included in the compulsory 24 hours teaching,” argued a parents' federation in the region back in 2016.
The children “are thus deprived of 180 hours of (other) classes during their primary schooling” they said.
But there have also been calls to extend the lessons to include other religions such as Islam and other branches of Christianity.
Did you know: The strange fact about the French flag