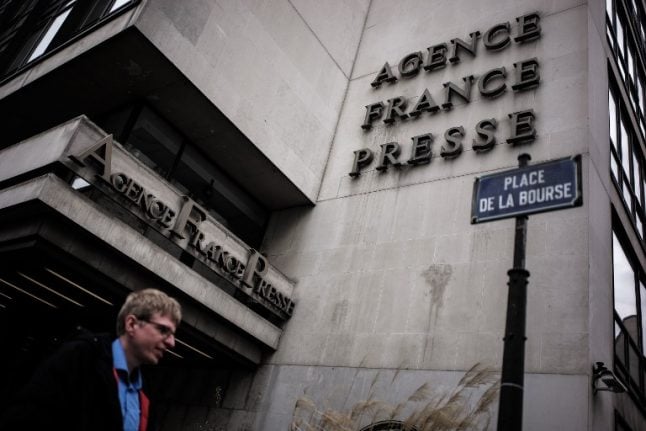 AFP in Paris. Illustration photo: AFP
British-born Chetwynd's appointment comes as AFP — one of the world's big three news agencies — is undergoing a major reform plan.
The 49-year-old, who has been the Paris-based agency's global editor-in-chief since 2012, replaces Michele Leridon, the first woman to hold the post, who stepped down on Tuesday after four years.
Chetwynd joined AFP in 1996, starting out on the agency's Middle East desk in Nicosia, and reported from some 20 countries including Afghanistan, North Korea, Israel and the United States in the aftermath of the 9/11 attacks.
He spent more than a decade in Asia, first as deputy bureau chief in Beijing before moving on to AFP's Asia headquarters in Hong Kong, where he headed coverage of the region. Phil Chetwynd. Photo: AFP
Since 2012 Chetwynd has been based in Paris as editor-in-chief, overseeing the day-to-day output of the agency's global network of journalists.
AFP's new chief executive Fabrice Fries, who joined in April, said Chetwynd's appointment reflected the global reach of the agency.
“I was struck by how AFP's geographical diversity was not sufficiently reflected” at the top of the agency, Fries said, breaking the news to staff at the company's Paris headquarters.
“That is far from being the only reason for (choosing Chetwynd), however it is an important one and a signal I wanted to give,” Fries added.
AFP has some 1,500 journalists in more than 150 countries, serving media clients around the world as well as in France, where it is the country's national news agency.
Chetwynd grew up in South Africa before going to Bristol University and the University of Wales in Cardiff, where he studied journalism.
He said it was a “great honour” to lead reporters around the world whose commitment to “quality multimedia journalism remains unrivalled”.
Fries has unveiled a plan to cut 125 jobs over five years and to boost revenues with the aim of balancing the books by 2021.
He also wants to increase revenue by 30 million euros ($35 million) over five years by rapidly expanding video production.
AFP is supported financially by the French state, but its editorial independence is guaranteed by an act of parliament.