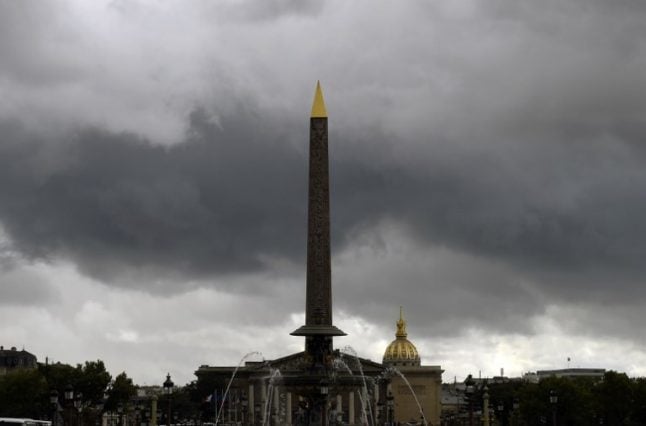 That's because since New Year's Day the sun has only been seen for a grand total of 4 minutes in the skies over the French capital.

And that's apparently the gloomiest start to the year since 1990.

The average for the first week of the year is around 2 hours, according to BFM TV.

So, why exactly has it been such a dreary few days in Paris?

Well apparently it's all down to an anticyclone which has pushed moisture and clouds down.

“In recent days we have had winds coming from the north and north west, bringing air loaded with moisture from the North Atlantic whereas if we had east winds, it would be calmer and much sunnier,” said Etienne Kapikia, a forecaster at France's national weather agency Météo France.
But while it looks like the capital could continue to suffer from a lack of sunlight for much of the coming week, there should be some sunny spells in the capital from Tuesday. (See weather forecast below for Tuesday afternoon.)