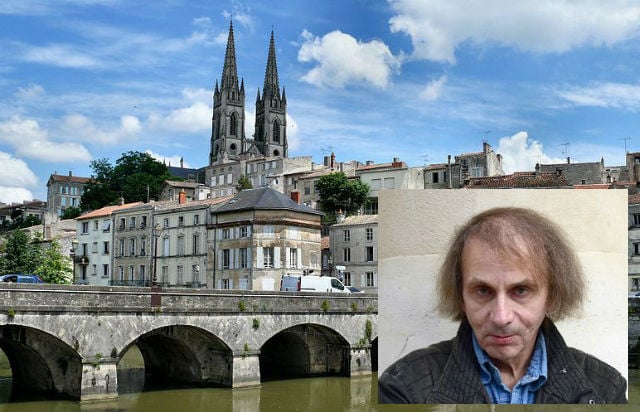 Photo: dynamosquito/Wikicommons
Residents of Niort were surprised to learn that the town of 61,000 people near the western city of La Rochelle had made it into “Serotonin”, Houllebecq's seventh novel which was released on Friday in France.
The book is seen as foretelling the “yellow vest” protest movement that has swept France since November because of its depiction of a rural France on the brink of revolt.
The main character, an agricultural engineer, describes arriving “in a state of advanced exasperation in Niort, one of the ugliest towns I've ever seen” and says his stay there was a “humiliation”.
While some residents called for a boycott of the book, the mayor of the town — home to two novelists that won France's top literary award, Ernest Perochon in 1920 and Mathias Enard in 2015 — shrugged off the slight.
READ ALSO: “Not only is Niort a beautiful town but the Niortais are open-minded,” Jerome Baloge told AFP, adding that he had written to Houllebecq's publishers to invite the author to visit.

Baloge also said that he would send Houllebecq some angelica — a herb made locally into a flavouring for liqueurs or for medicinal purposes.
Baloge said that angelica's properties included the power to “make people happy” — a dig at the famously morose Houllebecq.
Guillaume Chiche, an MP from President Emmanuel Macron's party who represents the area, said Houllebecq needed to get out of Paris more, into the provinces.
“Get out of the Parisian bubble a bit and come see us, the Niortais will show you their town's riches!”, he tweeted.
Food writer Jean Tiffon also came to Niort's defence.
Tweeting pictures of the town's historic market, half-timber houses and mounds of cheeses, he declared that “many other places would benefit from being as ugly!”
Already the town appeared to be reaping the rewards of its new-found fame, with French media beating a path to the mayor's door for comment.
“Thanks Michel Houllebecq and welcome!,” Baloge tweeted on Thursday, along with a picture of himself with a camera crew.