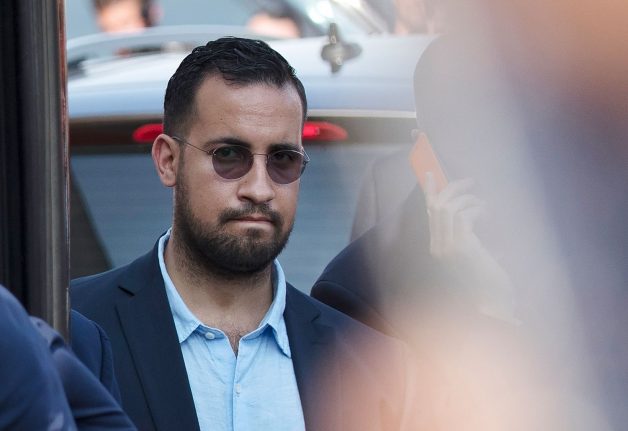 Foreign Minister Jean-Yves Le Drian is set to refer the case to prosecutors after reports that Benalla repeatedly used the passports following his dismissal in August.

Any use of these passports after he was sacked “would be against the law”, the foreign ministry warned in a statement.

Benalla, in a letter to Macron's chief of staff Patrick Strzoda, of which AFP has obtained a copy, acknowledged that he had been in contact with Elysee staff since his departure.

But he insisted that none of his subsequent activities had had anything to do with the government.

“At all times while carrying out the functions entrusted to me by the Elysee, I never carried out personal and private missions and certainly never received payment as a result, directly or indirectly,” he added.

“I have never used any recommendation or support from the presidency in the context of my new activities”, he wrote. To suggest so would be a complete lie and defamatory, he added.

Benalla, Macron's campaign bodyguard who was granted a senior security job following the centrist's election victory last year, had twice been requested to give the passports back, the foreign ministry statement said.

But Benalla's entourage told AFP the passports were returned to him after he was sacked.

He left them in his “office at the Elysee, and then they were given back”, a source close to Benalla said, accusing opponents of seeking to “destroy his reputation”.

His entourage refused to comment on how Benalla may have used the passports.

Benalla was at the centre of a major scandal this summer after it emerged in July that he roughed up protesters during a May Day demonstration in Paris while wearing a police helmet.He was not fired until after the media revelations, prompting a wave of accusations from government opponents of a presidential cover-up.

He met with Chad's President Idriss Deby earlier this month, and Le Monde newspaper reported that he also met with the Republic of Congo's President Denis Sassou-Nguesso as well as top officials in Cameroon.

Further suggestions that Benalla may have used a diplomatic passport for these African travels have sparked a flurry of criticism among government opponents.

“The president must reveal the truth on this affair, it's very serious,” said Laurence Sailliet, a spokeswoman for the rightwing Republicans party.

The scandal is back in the news at an unwelcome time for Macron, who has suffered weeks of violent “yellow vest” anti-government protests.