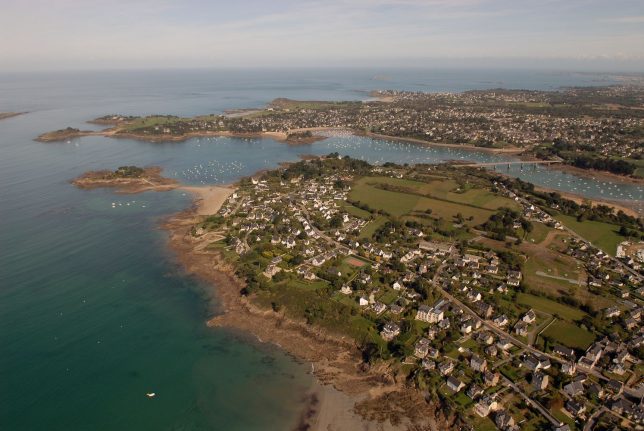 Unless the latest round of lawsuits seeking to curtail free access to the Emerald Coast path near Saint-Briac-sur-Mer succeeds, officials say it will be open to all starting next year.

“In Saint-Briac there are more voters than residents — it's the owners of second homes who make the rules,” said former mayor Auguste Senghor, a nephew of Senegal's founding president Leopold Sedar Senghor.

Under French law the country's coastlines must be accessible to all, similarly to Britain's “right to roam” rules.

But for decades Saint-Briac leaders have steadfastly refused to obey via a series of legal moves, in particular Senghor's predecessor Brice Lalonde — Kerry's first cousin.

According to a French biography of Kerry — who was US secretary of state between 2013 and 2017 — his American parents met at the estate before the war.

Kerry speaks French and has regularly spent time at the estate, most recently joining his relatives to celebrate its 90th year in the family last July.

“The path will impact the well-being of residents by knocking down their walls and ruining their privacy,” Lalonde told AFP in a statement.

He said he was also concerned about “terrorist risks” for Essarts if coastal access is unfettered, “since it will be fairly easy to target members of my family who are politically active”.

Such claims are dismissed by right-of-way advocates.

“Laws must be followed… and anybody who doesn't follow them is a thug,” said Patrice Petitjean, a former prosecutor who now heads the regional ACR 35 hiking association.

“All the communities along the coast of the Ille-et-Vilaine department have adopted the law, except Saint-Briac,” he said.

As the legal wrangling continues, so does work on opening the path, which now goes through a breach opened in one home's garden wall, and alongside a private swimming pool.

“The state is advancing methodically and with determination,” said David Harel, the government's deputy director of ocean and coastline management for the region.