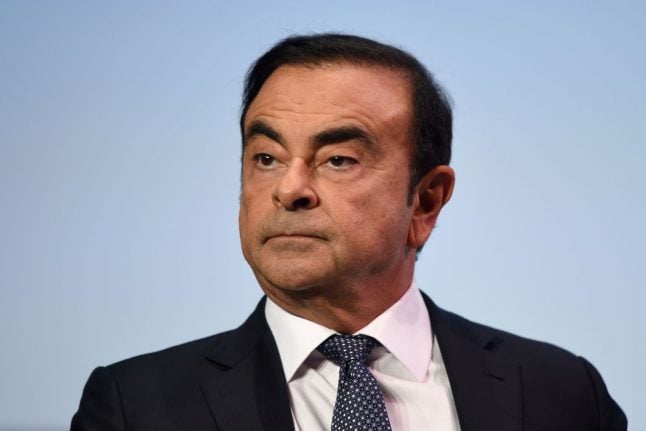 The court's decision is the latest twist in a rollercoaster saga that has gripped Japan and the business world since the auto sector titan was arrested out of the blue in Tokyo on November 19.

“Today, a decision was made to detain (Ghosn). The full term of the detention will expire on January 1,” the Tokyo District Court said in a statement to media.

This does not however mean that Ghosn can expect to taste freedom on New Year's Day, as prosecutors can apply for a further 10-day extension as they quiz him on allegations of financial misconduct.

Authorities are pursuing three separate lines of enquiry against the 64-year-old Franco-Lebanese-Brazilian executive.

They suspect he conspired with his right-hand man, US executive Greg Kelly, to hide away around half of his income (some five billion yen or $44 million) over five fiscal years from 2010.

They also allege he under-reported his salary to the tune of four billion yen over the next three fiscal years — apparently to avoid criticism that his pay was too high.

The third allegation is that he shifted a personal investment loss made at the height of the financial crisis worth more than $16 million to the Japanese automaker with help from a Saudi acquaintance.

Prosecutors have pressed formal charges over the first allegation but not yet over the other accusations.

Ghosn reportedly denies all the allegations, saying the transactions were done legally.

In connection with the third suspicion, local media say Ghosn is not contesting that payments from Nissan totalling $14.7 million went to the Saudi person, whom he has known for some three decades.

But Ghosn has maintained that the money was for the person's work to help Nissan in the region.