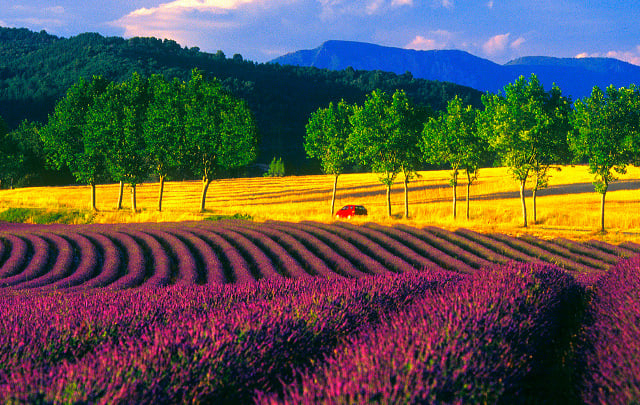 Of course, there are more beautiful places in France than we could ever squeeze onto one list, but here are few to put on your list for 2019.

What better way to get a taste of France than from above?

One of the iconic images of the Normandy region, the white chalk arches at Etretat create some of the most dramatic coastline views you'll find in France.

The clear blue waters of Lake Annecy make it a bucket-list favourite. Warmed by thermal springs and sheltered amongst Alpine peaks it's ideal for wild swimming or boating. And the nearby town of Annecy is equally beautiful.

You can find these surreal violet landscapes in the fields around the Provence region from June to August, the “blue gold” is harvested for soaps as well as to make into lavender honey and sorbets.

Spanning 280 kilometres, the valley hugs the Loire river through several departments and is home to some of France's most idyllic castles and vineyards.

Float, or speed, downstream in the turquoise blue rivers of this gorge, considered to be one of Europe's most beautiful places.

Travel site Lonely Planet named Bordeaux as the top city in the world to visit in 2017. Once known as the sleeping beauty, the city has certainly woken up in recent years, its gastronomy, architecture and wine scene making it one of France's standout destinations.
Video: Jimmy Leipold/ Youtube
7. Arcachon bay, Gironde, south west France
The bay is home to 10 towns and villages, but it's the scenery that really takes centre stage here. With the highest sand dune in Europe, vast wetlands and a smattering of islands containing their own ecosystems.

The Cévennes mountains offer some of the best walking in the region, with green valleys and spectacular gorges this is unspoiled France at it's best.

9. Mont-Saint Michel, Normandy, north west France
This hilltop town in the middle of a bay becomes an island when the tide comes in and is a definite must-see for anyone visiting the region.
Video: Wanaii Films/ Youtube
10. Blue lagoons of Cassis, Bouches-du-Rhône, south of France
A top spot for cliff diving, or just relaxing on the beach, you might be forgiven for thinking the bright blue waters of these lagoons near the southern city of Marseille belong to a tropical island.
Video: Oliver Alzine/ Youtube
11. Rocamadour, Lot, south west France
In 2016, France chose this rocky village as the most beautiful in the country. The village was built right into the rocky outcrop edge and, provided you don't mind the climb, provides fantastic views.

It's hard to believe this 65 square mile forest is less than an hour south of Paris by train. Sandy trails and rocky outcrops give the forest a more southern feel. Work your way towards Chateau de Fontainebleau at the centre.

15. Mercantour mountain lakes,
Check out the olive groves and the Alpine lakes in this spectacular national park in the French Alps.

And finally…
16. Nice, Alpes-Maritimes, south east France
Though it's a bustling city with all the usual urban problems, viewed from above it's easy to see why the city on the sun-drenched French Riviera is a must-visit destination for France. 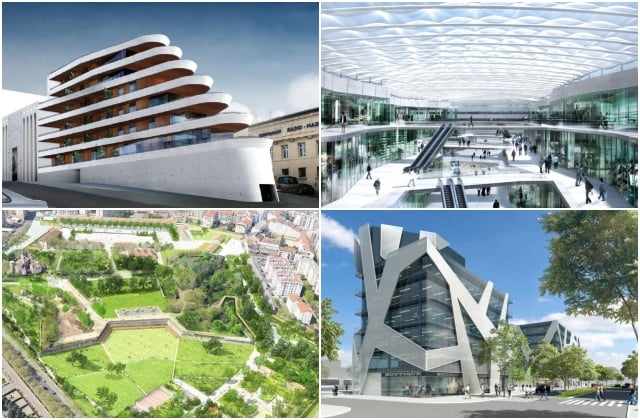 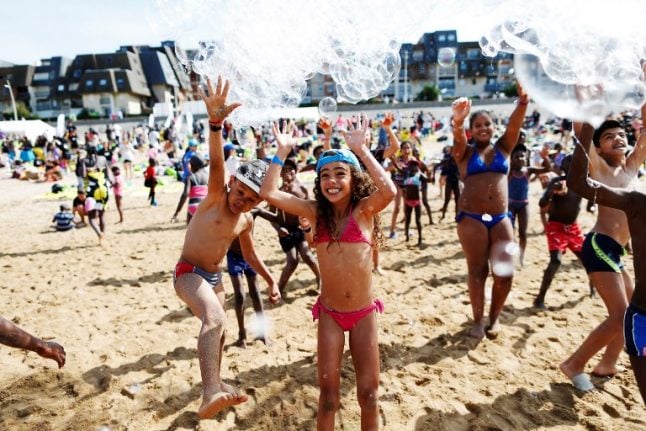 MEMBERS
‘Do the viaduct’: Why 2019 is a great year in France for public holidays
Url copied to clipboard!