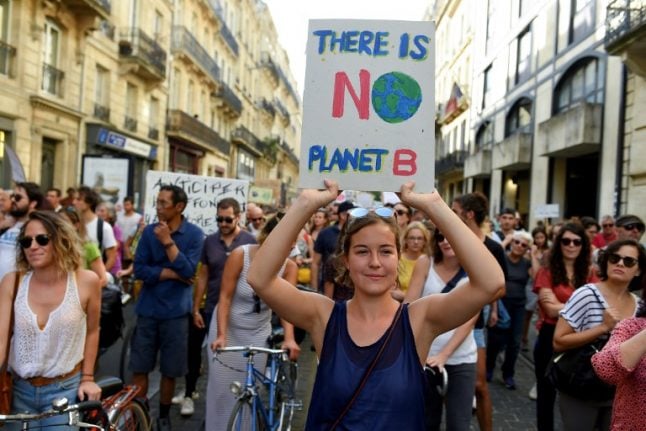 A demonstrator holds a placard reading "There is no planet B" during a march against climate change, in Bordeaux. Photo: AFP
It comes after similar action was launched by farmers in Germany, and the Dutch government lost a landmark case brought by an environmental rights group on cutting greenhouse gas emissions.
“The failure of the state in the fight against climate change reflects a lack of respect in its obligation to protect the environment and the health and security of the population,” the NGOs said in a joint statement on Monday.
The French government will have two months to respond to the legal action.
“We are seeking redress for damages and asking the state to act straight away at all levels,” Greenpeace campaigner Laura Monnier said.
The NGOs allege that France, where greenhouse gas emissions rose again in 2015, has not met its short-term climate objectives.
President Emmanuel Macron, who has attempted to paint himself as a leader in fighting climate change since his election last year, recently backed on anti-pollution fuel tax hikes in the face of country-wide “yellow vest” protests.
In October, the Dutch government lost an appeal against a ruling which ordered it to slash greenhouse gases by at least 25 percent by 2020.
Environmental rights group Urgenda fought the successful case on behalf of some 900 Dutch citizens who accused the Netherlands of doing too little to prevent dangerous climate change.
In Germany, dismayed farmers who have suffered damage to their crops and dairy farms as a result of record drought have also filed a lawsuit, with the aid of Greenpeace, against Berlin to force action.
Last month the UN's Intergovernmental Panel for Climate Change (IPCC) said in a report that warming is on track toward an unliveable 3C or 4C rise, and avoiding global chaos will require a major transformation.
A deal reached at the UN's COP24 climate summit earlier this month was criticised for not matching the ambition of the world's most vulnerable countries. 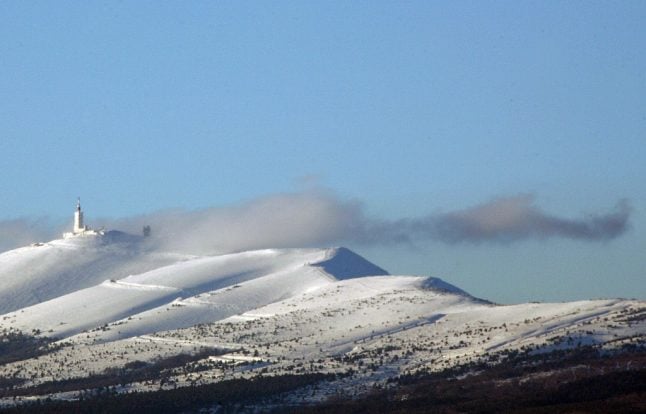 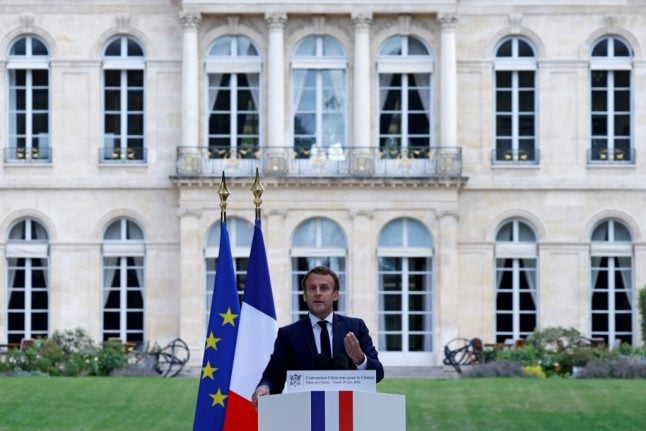