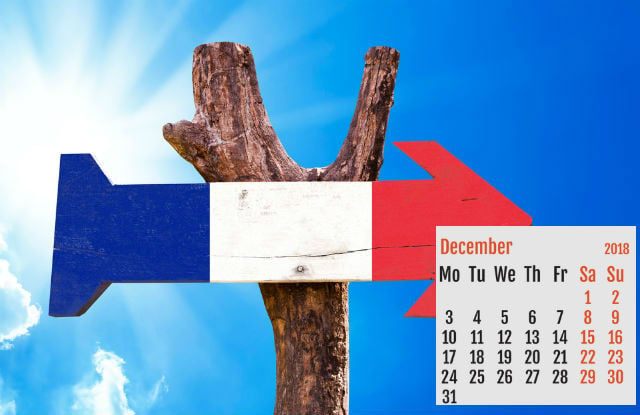 French-Uruguayan singer, songwriter and poet Francis Lalanne is set to hold a press conference in Paris on Monday during which he is expected to formally announce his decision to help the gilets jaunes 'yellow vests' come up with a list of people to run for the European elections in May 2019.

During a concert on December 8th, the singer demonstrated his support for the movement by wearing a high vis jacket at his concert in Paris and since then he has said he is ready to partially finance a European election campaign. Pensioners will take to the streets yet again on Tuesday to protest against the government's budget which they say puts “pensions at risk” and threatens to “impoverish” them. Macron's measures for improving spending power are set to be presented to the Council of Ministers on Wednesday.

The case of Vincent Lambert, a brain-damaged Frenchman who wants to be taken off life support, is set to be heard again in court on Wednesday.

Lambert's wife supports the move, but his devout Catholic parents and some of his friends have previously insisted he was showing signs of improvement.

The French courts will present its verdict on whether the ruling that French bank Societe Generale should pay 'rogue trader' Jerome Kerviel €450,000 for firing him in 2016 will be upheld. The verdict is set to be announced in the case of French oil giant Total which has been tried for corruption in Iran over contracts carried out in the 1990s.

The verdict will also be announced in the appeal of serial killer Francis Heaulme against a life-sentence for the murder of two children in Montigny-les-Metz in 1986.

Friday marks the 60th anniversary since General Charles de Gaulle was first elected as president of the Republic.