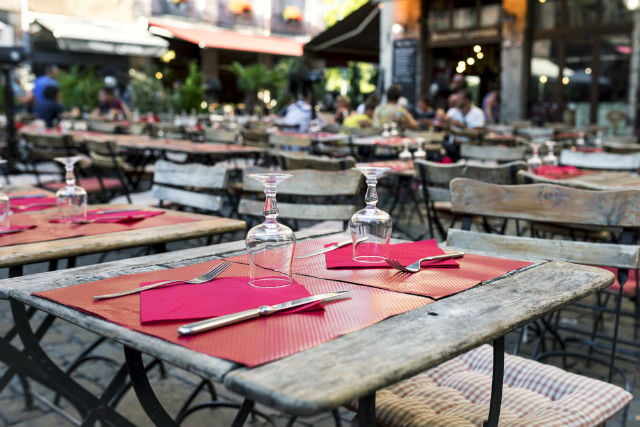 Despite it being the international standard for haute cuisine, top French food critic Philippe Faure recently blasted the “lamentable” standard of cooking in France.

“Thirty or 40 years ago you could cross the country stopping randomly every 20 kilometres and eat very well; there were good bistros everywhere. But that is no longer the case,” Faure said.

“Without using a guide you can now eat better in Switzerland, Spain and in Italy,” he added, when it used to be “the other way around”.

So does French cuisine still deserve to be held up as a gastronomic benchmark or is that all in the past? Does where you live in France make a difference to the food you eat? Or does it simply depend on how much money you have?

We thought our readers in France would be best placed to answer the question, not least because they know better than anyone the quality of fare on offer on France these days.

On the whole, The Local France’s readers agreed that French food isn’t all it’s cracked up to be, with one of the top complaints being that it is “boring”.

Jane Le Maux, 69, who lives in Dordogne, complained of  “unimaginative” French restaurants, and described a menu that will be all too familiar for many residents in France.

“It's always the same pretty much where you go around here, soup, terrine with gherkins, some kind of meat, apple tart or créme brûlée,” she said. Sally Smith, 69 who lives in the department of Maine-et-Loire agreed that “it is rare to find anything different on restaurant menus.”

“I ate much better when I lived in Belgium,” he said.

Italy was mentioned by Dawn Howard, 52, who lives in the department Alpes-Maritimes, as a country to get “cheaper and better” food than in France although added that “if you spend a bit more on mid to luxury range French cuisine” then the quality improves.

Richard Eakin, from Northern Ireland who lives part of the year in France believes French has a worsening reputation because other countries have caught up in recent years.

“France needs to step up a gear,” he said.

At the high end, it's fantastic, but hard to afford. At the low end it can be fun but nothing spectacular. The mid range is a big mess of hit-or-miss, more often miss.

As for comparing English cheese (which I enjoy) to French cheese, sorry but that's not even a competition. https://t.co/TdcL3ON2N4

And Ewen Adamson, 72, from Nouvelle-Aquitaine, went as far to say that, these days, French food is on a par with English cuisine.

“My experience is that the average meal in France is as good as, but no better than, the much maligned English food.

“The fact that there are now more varieties of English cheese than French about illustrates the changes” he said. Adamson like other readers complained of patchy quality when eating out in France, with the risk of eating “mediocre” or “inconsistent” food running high.

“I have the occasional surprise when I think, 'this is what eating in France is all about' but often it is not that good and occasionally 'Bleaugh, what is this?'” he said.

And paying more for your meal won’t guarantee you top quality gastronomy either according to Michael Holden, 47, from the department of Inde-et-Loire.

“A local restaurant once served me tinned potatoes and tinned carrots! I wasn't impressed. I've had food that was worse than school dinners and I've has amazing cuisine, and the better food wasn't always more expensive,” he said.

Bill Crawford, 71, from Aveyron, put this “serious” deterioration of French food standards down to lack of training for chefs in France nowadays. “There is no comparison to quality of French dining that was available in most cafes in the 70's and 80's,” he said.

“French chefs have little or no training today and no idea how French traditional cuisine should taste,” he said.

However, although the majority seemed rather underwhelmed by their eating experiences in France, there were a few defenders of French cuisine among our readers.

Some of them, like Connie Porter-Richards, 75, from Dordogne thought it was all a question of finding the right restaurant, saying its hard to beat the “many long-standing and excellent bistros and restaurants that offer superlative food, not easily found elsewhere.”

And Jerry Nason, 72, raved about the restaurants where he lives in Mayenne, Pays-de-la-Loire, claiming they are reasonably priced and offer plenty of choice.

“We have numerous local restaurants (in small villages and towns) which offer high quality “plat du jour” at very reasonable inclusive prices. We have a wide range of places to go for an evening meal, and we are rarely disappointed,” he said.