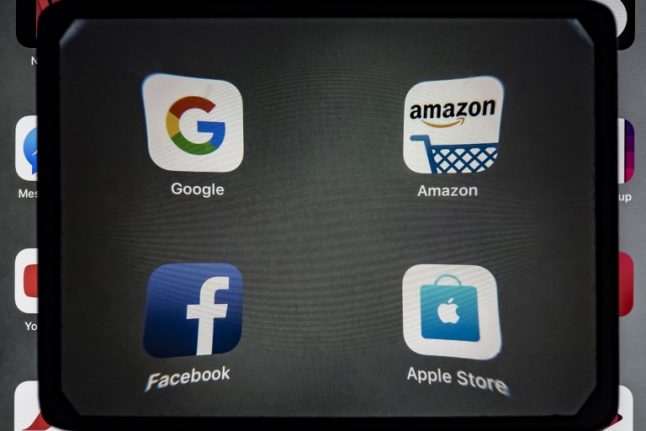 France has been pushing hard for a new so-called “GAFA tax” — named after Google, Apple, Facebook and Amazon — to ensure the global giants pay a fair share of taxes on their massive business operations in Europe.

“The tax will be introduced whatever happens on January 1 and it will be for the whole of 2019 for an amount that we estimate at 500 million euros
($570 million),” Le Maire told a press conference in Paris.

The low tax rates paid by US tech giants in Europe has repeatedly caused anger among voters in many European countries but the 28-member bloc is divided on how to tackle the issue.

Ireland, which hosts the European headquarters of several US tech giants, leads a small group of otherwise mostly Nordic countries that argue a new tax could lead to reprisals against European companies and stoke anger in the US.

Any tax changes must be approved unanimously by member states.

France and Germany agreed earlier this month to introduce a new joint measure in 2021, which would give the Paris-based OECD time to work on a new global solution.

The Organisation for Economic Cooperation and Development, which groups major world economies, is working on a proposal for a new international scheme that would regulate taxation on tech firms.

Policymakers across the world have had difficulty in taxing the US-based giants who dominate their sectors internationally, but who often route their
revenues and profits via low-tax jurisdictions to reduce their liabilities.

France's move to introduce the tax on January 1 could be driven by domestic budget concerns, with the finance ministry looking for new sources of revenues and savings.

Under pressure from “yellow vest” protesters, President Emmanuel Macron announced a series of measures last week for low-income families which has left a multi-billion-euro hole in the 2019 budget.

Some other EU member states such as Britain, Spain and Italy are also working on national versions of a digital tax, with Singapore and India also
planning their own schemes.