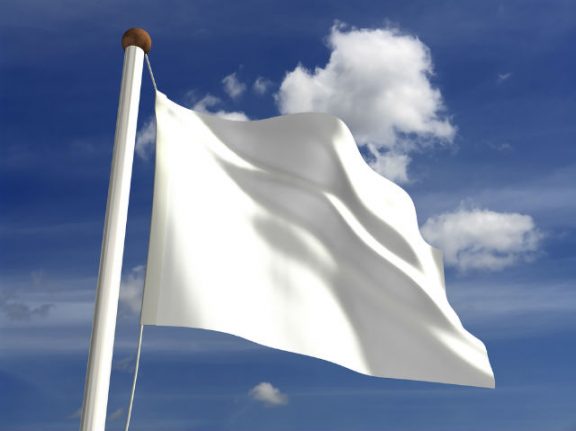 France is known for many things, not least of all it's world famous tricolore flag.

The vertical strips of red, white and blue, which have come to represent liberté, égalité and fraternité (liberty, equality and fraternity), which make up the flag are as much a part of France as wine, cheese and the French national anthem la marseillaise.

But this hasn't always been the case.

So, why was this the case? During the French Revolution the French tricolore flag was adopted, with red and blue for the colours of Paris and white either for the “ancient colour of France” if you go by what General Lafayette said or for the Royal House of Bourbon, a noble French family.

Either way, the white flag quickly came to represent royalists during the Revolution.

And sure enough during the period that followed the defeat of Napoleon in 1814 — known as the First Restoration or the Bourbon Restoration — King Louis XVIII was on the throne and during this time the official French flag was plain white.

Meanwhile, the tricolore became known as a symbol of regicide.

However during the July Revolution or the Second French Revolution the white flag was abandoned once and for all.