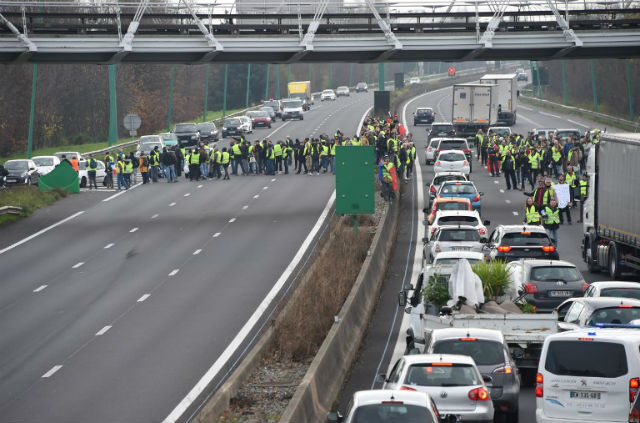 Yellow vest protesters block the ring road in Toulouse. Photo: Eric Cabanis/AFP
The death takes to seven the number of people who have died in incidents linked to the anti-government protests in France which began on November 17 over rising petrol and diesel costs.
Most of the deaths have been in accidents at blockades or barriers set up by protesters on roundabouts or on roads leading to motorways.
On December 1, an 80-year-old woman was fatally injured by a tear-gas grenade fired by police in Marseille.
The accident on Friday night happened in the Erquelinnes area of Belgium at a junction between the N40 and N54 roads “after a slowdown in France caused by the 'yellow vests',” the local government office in northern France said.