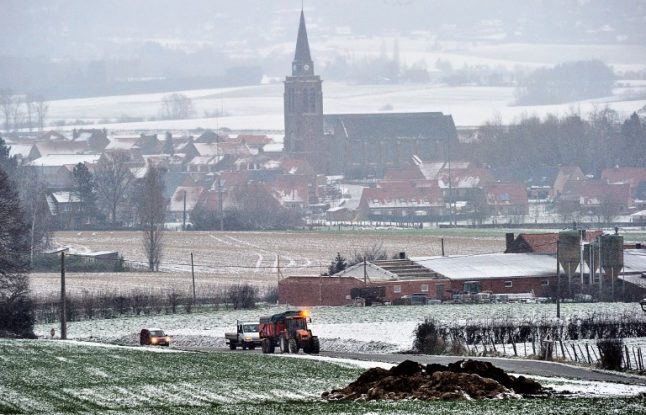 The cold spell is set to last until Saturday with freezing temperatures persisting throughout the day in former Lorraine and Alsace regions of eastern France and in Burgundy, before the weather starts warming up again throughout the country by Sunday.

In Normandy and in the Ile-de-France around Paris exceptional 'cold weather' measures called the Plan Grand Froid have been activated. The plan is deployed when temperatures fall below seasonal averages for at least two days.
As part of these special measures, extra shelters for homeless people north of Paris and in Rouen and Le Havre have been opened as the cold settles in.
Local authorities are likely to activate the cold weather plan in other areas as Friday and Saturday brings even colder weather, with temperatures falling to nearly -10 degrees in the southeast, according to MétéoNews.

In central France, Saturday is forecast to be the coldest day as some valleys in the Massif Central mountain range plunge to -7°C.
However, despite the cold spell, this month of December has been warmer than in previous years in France.