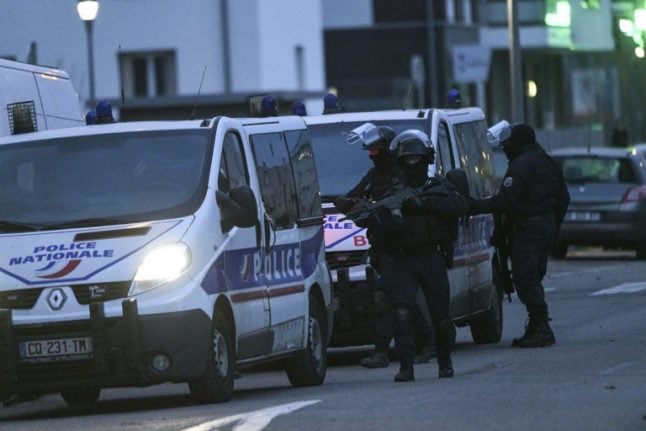 Cherif Chekatt, the gunman on the run since he killed three people at Strasbourg's popular Christmas market, was shot and killed by police in the Neudorf area of the city.

Police sources have told French media that Chekatt was shot dead during the operation that took place just after 9pm.

Interior Minister Christophe Castaner said: “At 9pm a local police unit spotted a man wandering in the street who matched the individual who had been hunted since Tuesday night.

“At the moment he was stopped the individual turned to face police and opened fire. Police responded and neutralized the gunman.”

Chekatt was believed to have been armed with a knife and a firearm. He is said to have been injured after exchanging fire with soldiers, but managed to escape and has not been seen since exiting the taxi in Neudorf.

The man who killed three people and left several others seriously injured when he attacked members of the public in the centre of Strasbourg on Tuesday night, is believed to have been hiding out in a factory.

Police had been carrying out operations in Neudorf throughout the day with residents moved out of the area as apartments were searched.

Chekatt had not been seen since getting out of a taxi in the Neudorf area of Strasbourg shortly after launching his attack.

A video was widely shared on Twitter claiming to show members of the pubic in Neudorf applauding French police after news spread that Chekatt had been found and killed.

#France: The police applauded after the neutralization of the radical Islamist #CherifChekatt tonight in #Strasbourg #Breaking pic.twitter.com/S5RoP4CObL He had a brief exchange of gunfire with police before going into hiding. Over 700 police and specialist anti-terror officers had joined the hunt to find the suspect who was a hardened criminal and known to authorities for having been radicalised to an extremist form of Islam.

While there were fears he may have fled into neighbouring Germany French police concentrated their searches on the Neudorf and Meinau areas, where Chekatt grew up.

Just before reports emerged that police had tracked down the suspect France's Interior Minister Christophe Castaner announced that the city's famed Christmas market would reopen again on Friday.

Security around the market would be boosted with the number of access points reduced and shoppers subject to more checks.

“We can't give in to fear because life, the festivities, our culture, the joy, of which this Christmas market is a symbol, must win through,” said Castaner.

The day after the terror attack and with Chekatt on the run French police released an image of the suspect in the hope the public would help track him down. They were warned not to approach or try to intervene with the “dangerous individual”. A fifth person was detained by police for questioning on Thursday, in addition to the suspect's parents and two brothers who have been in custody since Wednesday.

French President Emmanuel Macron expressed “the solidarity of the whole country” towards the victims as he arrived for a European summit in Brussels.

“It is not only France that has been hit.. but a great European city as well,” he added, referring to the seat of the European parliament in the eastern French city that lies on the border with Germany.