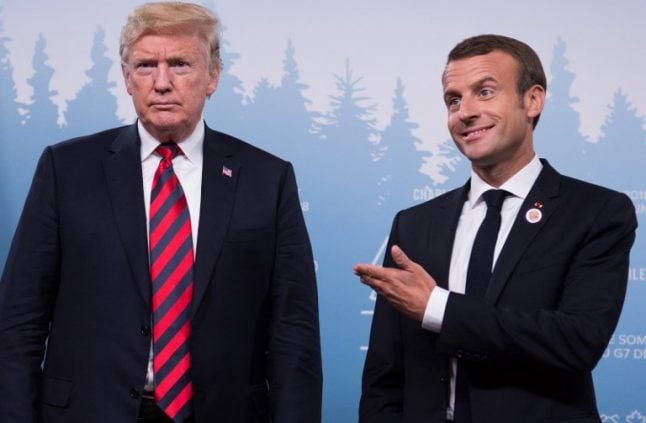 Pressure has been mounting on the French government after protests degenerated into the worst street clashes in central Paris in decades over increases on petrol and diesel planned for January 1.

“I am glad that my friend @EmmanuelMacron and the protestors in Paris have agreed with the conclusion I reached two years ago,” Trump tweeted.

“The Paris Agreement is fatally flawed because it raises the price of energy for responsible countries while whitewashing some of the worst
polluters…in the world.”

Last month Trump launched a volley of sarcastic and angry tweets aimed at settling a few scores with Macron after his recent visit to Paris. Trump chided his French counterpart over his low approval ratings and France's “unfair” wine tariffs.

Just two days after meeting Macron in Paris along with other world leaders Donald Trump ridiculed the French president for his low approval rating at home as well as France's high unemployment rate.

Trump also launched on attack on the French president over this call for a European army, a proposal the US leader earlier had dubbed “insulting.”

Trump suggested Macron might have been trying to divert attention from his low popularity ratings and problems at home.

“The problem is that Emmanuel suffers from a very low Approval Rating in France, 26%, and an unemployment rate of almost 10%,” Trump said.

“He was just trying to get onto another subject. By the way, there is no country more Nationalist than France, very proud people-and rightfully so!” He then tweeted: “MAKE FRANCE GREAT AGAIN” in capital letters.