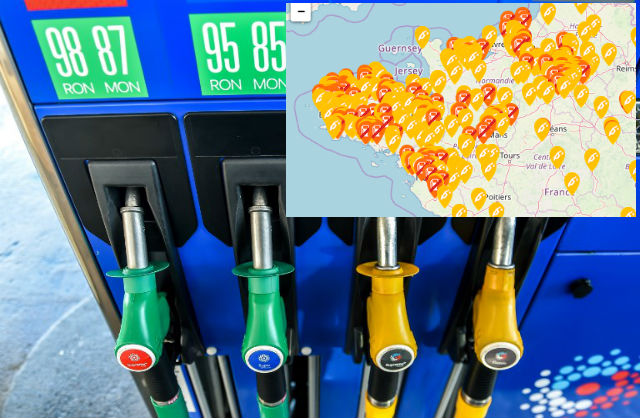 Many petrol stations in the Breton departments of Finistère and Morbihan are either completely out of fuel or are running low as a result of 'yellow vests' blocking oil depots in the port towns of Lorient and Brest, according to reports.

As a results queues lasting hours have been seen at the petrol stations that still have a supple of fuel and many in Brittany are increasingly struggling to make it into work.

In the Morbihan department local authorities said the shortages were partly down to  an “irrational over-consumption of fuel”, asking people to use the pumps “only if necessary”.

Meanwhile, the head of the Finistère department Pascal Lelarge has imposed strict limits on the amount of fuel that can be sold to motorists.

Here is the latest interactive map from the app L'Essence which allows you to zoom in to find out where petrol stations are out of fuel. The information included is based on reports from motorists.

From Monday December 3rd, restrictions were introduced “to ensure access to fuel for the greatest number of people and to make sure that emergency services can still operate,” Lelarge said.
READ ALSO: That means that the maximum amount of fuel sold per day and per vehicle is limited to €30 for light vehicles which weigh less than 3.5 tons and €200 for trucks.
The local authorities have also asked people to avoid filling their cars up unless absolutely necessary.
Anne Salliou, a teacher who lives in Brittany told the French press that she has been unable to get to work.
“I was taken aback,” she said. “On Saturday, I wanted to fill up but the gas station was empty, I thought the price of fuel had to go down and everyone was come to fill up. “
At 5pm on Monday five oil depots were still blocked or difficult to access out of the 200 that exist in France, according to the French Union of Petroleum Industries (UFIP).
The Lorient oil depot has been blocked since November 27th by 'yellow vests' as well as staff from independent building and public works companies who are protesting the ban on the use of non-road diesel set to be introduced on January 1st.
In the port city of Brest employees of independent building companies, wearing orange vests to differentiate themselves from the 'yellow vest' protesters, also blocked the oil depot since Wednesday using trucks and construction cranes.
As a result not one truck has entered or left the depot since Friday.
The five construction contractors, who are responsible for blocking access to the Brest depot have been threatened with a fine and the cancellation of driving licenses for parking their vehicles on the road, according to French press reports.
Meanwhile in the town of Saint-Nazaire in the Loire-Atlantique department next to Brittany the 'yellow vests' had planned to block the oil depot at Donges from 7 am on Monday which would further cut fuel supplies to Brittany. Photo: AFP
Unsurprisingly the situation has left many motorists in the region frustrated, with drivers complaining that they could not refuel on Sunday thus leaving them unable to travel to work on Monday.
“I do not know at all when we will be able to restock,” an employee of a Total service station in Finistère told the French press on Sunday. “People have been filling their tanks over fears of a shortage.”
“Usually, we are supplied every two days but we have had nothing since Thursday,” he added.
Meanwhile, the police have shut down the blockades stationed at La Rochelle depot in the Charente-Maritime in the south west, the depot in the town of Donges in the west and the one at Grand Quevilly, near Rouen.
Parts of Normandy, where 30 services stations were closed on Tuesday, and the south west have also been hit by the shortages.

POLITICS
Whatever happened to the ‘yellow vests’ in France? 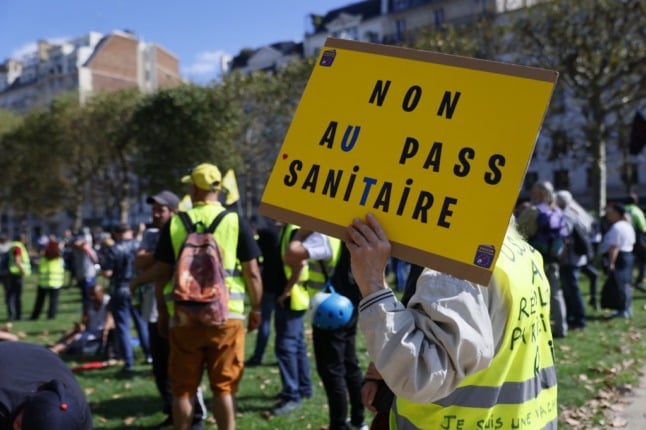