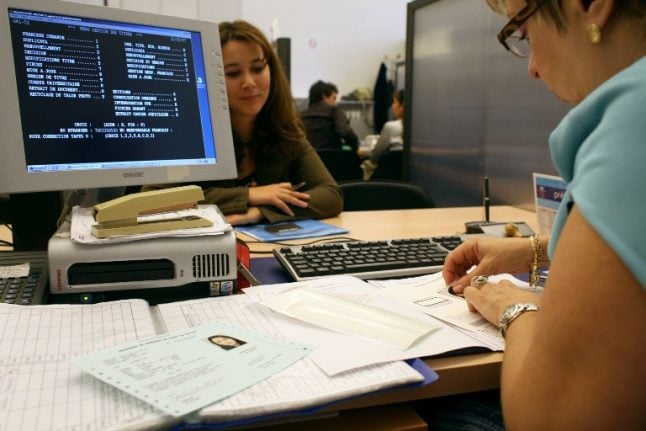 Photo: AFP
I’m sure a lot of you are wondering where things are currently at with our post-Brexit rights, whether there’s a deal or not (and really, who knows at this moment? We’re all living on a knife edge).
Well, we in the British in Europe France team have barely seen our feet touch the ground in the last 4 or 5 weeks.
After two intense periods in London, first with the People’s Vote march and then the day of action in Parliament, human chain to Downing Street and mass lobby of MPs, the action has now moved to Paris.
Meeting the Prime Minister’s Europe Advisor
On 8 November four of us met with Sandrine Gaudin, the Prime Minister’s Europe advisor and chief of the Secrétariat Général pour les Affaires Européennes in Matignon.
We talked about the unique situation of British citizens living in France, about some of the particular difficulties that have arisen because France doesn’t currently require us to hold a Carte de Séjour, about vulnerable groups and people, about the under-capacity in prefectures for dealing with applications and about the projet de loi that would enable ordonnances that would cover our rights in the case of no deal and that is currently under debate.
We also discussed ring-fencing and talked about the reciprocity that for the government underpins the projet de loi and its subsequent ordonnances, as well as how we might be able to work alongside the government to represent the interests of British people during this process.
It’s hard to say yet how much real progress we made, but just getting our foot in the door at such a high level was an amazingly good start in a government that doesn’t really have much of a tradition of collaboration with community groups. It is, as they say, à suivre.
‘You are a priority’: READ The Local’s interview with France’s Europe Minister Nathalie Loiseau Giving evidence at the Assemblée Nationale
This week saw a full-on trip for 3 of us, with 3 meetings in a day and a half. On Wednesday morning, we were called to give evidence to the commission spéciale of the Assemblée Nationale, once again on the projet de loi.
To say that this is an accelerated process would be an understatement – there is a palpable sense of urgency and the commission has just a few days to write its report before the projet is discussed in the Assemblée.
Meeting the Ambassador and his teams
From there we hot-footed it across the Seine to the British Embassy, where we were expected for an informal lunch with the Ambassador and some of his staff before an afternoon ‘round table’ with him and the Embassy teams involved with citizens’ rights, along with some representatives from other groups.
The evidence session had run late and therefore so did we, and we barely had time to stuff bits of (fortunately) not-very-British wrap into our mouths before settling down for what turned out to be a rather ‘robust’ discussion, mainly on how outreach and communication to Brits on what they need to be doing to prepare for Brexit could be improved and how the Embassy teams could increase their understanding of the issues people are and will be facing. We made some concrete suggestions and will be following up both with individual team members and with similar meetings in the New Year.
Meeting officials from the Direction générale des étrangers en France at the Ministry of
the Interior
Our last meeting in this round the next day was with the head of the Europe section of the ministry, along with 2 other members of his team, in the rather amazing building in the photo above (which really is an office and not a cruise ship). We had a really good, helpful and constructive 2 hour session with them – the first of many to come.
Much of our discussion this time has, at this stage, to remain confidential, but I want to feed back two things in particular that are really important for all of us Brits in France to hear.
1. IMPORTANT – APPLY FOR YOUR CARTE DE SEJOUR NOW!
One thing I can tell you is that as we thought, it WILL become compulsory to hold a Carte de Séjour after Brexit, either from the end of the transition period if there is a deal, or (in theory at least) by 30 March 2019 in the case of no deal.
Those who currently hold cards will have to exchange them, but will find themselves in a stronger position and will be able to take advantage of a facilitated procedure for this exchange.
So the advice is clear. If you’re waiting to see, please start the process now.
Make sure you ask for a récipissé once you’ve put in your dossier too, if your prefecture issues them to EU citizens (not all do). We’re working with both the ministry and the Embassy trying to persuade them to put into action a joint information campaign to give this advice an official stamp, but time is short. Please don’t wait for that to come out before you act.
2. REASSURANCE
France has made good progress in preparing for our future rights both in the case of a deal and of no deal, and hopefully some public statements will be made from next month, after the UK Parliament vote.
But I DO want to reassure everyone that they really do have our interests and our well-being at heart and are genuinely looking for the best solutions possible to protect our rights.
Those we met wanted us to pass on that message to you all – to let you know that there is no sense in which France is looking to punish us in any kind of Brexit and that they will do the very best they can to make it possible for everyone to stay under the best terms they can.
That includes those who currently have less than 5 years residence.
It’s not easy right now being one of the 150,000 to 200,000 Brits living in France, and we know how incredibly worried so many people are about what may happen in just 16 short weeks. I know it’s not much consolation, but please rest assured that we’re in your corner and we’re doing everything we can to represent your interests and your concerns where it matters most.
If you feel able to support our work by making a donation (however small) towards our costs, we’d be truly grateful. We’re all volunteers, giving up time from our day jobs to do this work; to carry on we need your help to fund our expenses.
Thank you. https://britishineurope.org/donate-today/. British in Europe is an Association Loi 1901.