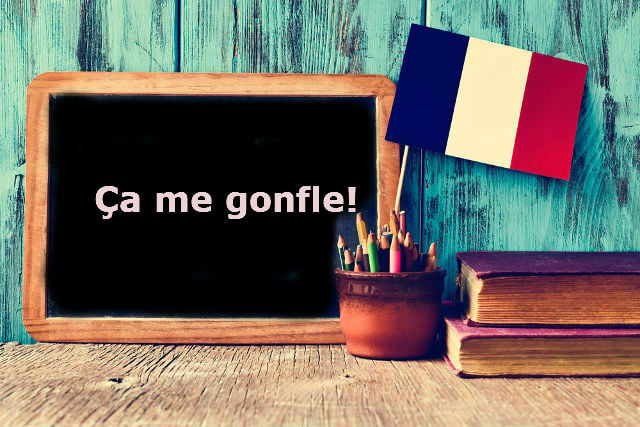 Photo: Deposit photos
Why do you need to know ça ma gonfle!
The French aren't prone to keeping their feelings to themselves, especially if they're grumpy or annoyed which is why this expression crops up quite often in conversation, although it's more used in informal chats. It's usually accompanied by gesticulation and a look of annoyance.
So, what does it mean?
French, the verb gonfler means to swell or to blow up as in blowing up a balloon gonfler un ballon, and so ça me gonfle literaly translates as 'this swells me up'.
But when the French say ça me gonfle the meaning changes: it means that whatever the thing that is being referred to is annoying that person, that they can't be bothered to do it or that they are exasperated by it.
So you could use it if you want to say 'it's really annoying', 'it drives me mad' or 'it drives me mad' and given that it's quite informal you could also translate it as 'it pisses me off'.
Origin
It's not very clear where the expression comes from exactly, but some sources date it to 19th century when the verb gonfler in slang meant to bore.
Other French sources point out to the more figurative use of the word gonfler – to swell until you are about to explode as in so getting angry that you're about to explode
Examples
1. Ça me gonfle de sortir les poubelles, il fait trop froid dehors.
I don't feel like taking the rubbish out, it's too cold outside.
2. Mon frère oublie toujours mon anniversaire, ça me gonfle.
My brother always forgets my birthday, it's really annoying.
3. Tu me gonfles avec tes histoires, tu n'es jamais contente !
I'm fed up with all your problems, you're never happy!
Alternatives
Other versions of this expression are ça me casse les pieds (it breaks my feet) and ça me soûle (it makes me drunk) which mean exactly the same thing.
READ ALSO:
French Expression of the Day: C'est parti
French Expression of the Day: N'importe quoi! – The Local
French Expression of the Day: Tant pis – The Local