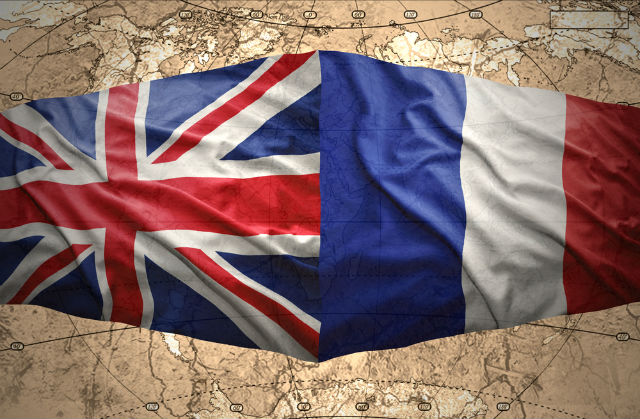 Despite what the British government might say, the rights of Britons living in France and the rest of the EU are still up in the air.

That means the futures of 1.2 million Britons around Europe including 150,000 in France are still uncertain despite the referendum having taken place over two years ago.

While British Prime Minister Theresa May might insist that her much criticized Withdrawal Agreement guarantees the rights of Britons to stay in France, that deal may never be ratified given the apparent forces of opposition against it in the UK parliament.

And even if it does pass, it also strips Britons of their current right to onward freedom of movement.

If the British Prime Minister fails to get her deal backed by parliament, Britons could be facing a no-deal scenario in which their rights would hinge on the UK guaranteeing to protect the rights of the French living in the UK. If that's the case then the French would respond in kind.

In other words it's a lot of stress and anxiety for tens of thousands who never thought they would end up in this predicament when they first exercised their right to move across the Channel.

However for those who acted early to secure their futures in France – whether by obtaining a Carte de Séjour residency permit or French citizenship, the prospect of Brexit is less daunting. For the thousands who have successfully obtained French nationality the prospect of Britain's departure from the EU and in particular a no-deal Brexit is no longer keeping them up at night.

Katherine Ogden, 48, who lives in the Pays de Gex in eastern France said: “It's a huge relief. We have no idea what our professional situation will be after Brexit, concerning work permits etc.

“Our lives are here and we wish to remain here. Our daughter, born here, is more French than English. We need security.”

She said the arduous process was ultimately worth it.

“It's a little expensive and enormously stressful, but now we are through to the other side and have secured our and our child's future.”

Elspeth Eggleton, 67 who lives in Chinon, has just acquired a French passport.

“I feel completely secure as citizens of France and Europe in addition to keeping our British nationality,” she said. “I have a great sense of belonging after six years of living here.

“For anyone still on the journey it really is worth it.”

Christopher Ayling from Tourbes, who has also successfully managed to become French added: “I feel more secure because as a French national I will have assured access to the French health system, and that my French passport will ease entry and exit in and out of France.”

And as some made clear, becoming a citizen of your adopted country is an emotional moment that is only heightened by all the stress and uncertainty that has gone before.

Rachel Sarrailh, a 53-year-old teacher trainer who lives in Neuville-sur-Ain in eastern France said she had a “great sense of relief after two or three pretty stressful years.

“The process was absolutely worth it,” she said. “I felt very emotional at the ceremony and was too choked up to sing the Marseillaise (I wasn't the only one).”

And Colin Reese, 68, who is retired and living in Rouen was glad his newly acquired French passport allows him to “stay in the EU; travel across the EU borders without problem; secure my right to stay indefinitely without fear of future political changes.” But seeking French nationality has not been the preferred option for most Brits in France, despite the extra security and rights it provides.

Many don't feel becoming the citizen of another state is the most appropriate course of action while others avoid it because of the bureaucratic hurdles you need to jump through and because applicants need to demonstrate a good grasp of the French language – something not everyone can do.

For them, applying for a Carte de Séjour (CdS) residency permit has been the best alternative. The number of Britons applying for the CdS residency cards have soared in recent months ever since campaign groups like Remain in France Together began encouraging people to act and the French Interior Ministry officially advised Britons that it was best course of action.

While the cards are not obligatory, it is highly likely that after Brexit France will introduce a new mandatory residency permit for Britons.

Those who already have their Carte de Séjour have been told they will be able to swap their cards for any future permit albeit the are likely to have to provide some extra paperwork and undergo a criminality check.

So while the Carte de Séjour's don't provide Britons with the right to onward freedom of movement they will demonstrate that you are legally resident in France and save bureaucratic headaches further down the line.

And for those who “got ahead of the queue” and obtained one, the relief is clear, not least because current applicants are reporting long waiting times and difficulty in obtaining appointments at prefectures.

So tell me how we can secure our future in France when we can't even get a rendezvous at la préfecture. All this should be done at a national level they know who we are, where we are and what we're doing just send us the means to apply for the necessary changes #ffs

“The process was very easy. Hopeful it will be enough to continue our lovely life in France without future problems,” said Graham Elliott, who lives near Le Mans in Sarthe.

Miranda Kingwell-Smith, who lives in the Var said  “I'm satisfied and relieved that we can stay here for at least the next five years as we now have a five year permit to stay. She said the process was “extremely easy” thanks to “pleasant and helpful” staff at the prefecture.

Roger Leyland and his wife Liz who live in the Haute-Savoie department in the French Alps said they were relieved to have a residency permit valid until 2027.

“We realise that this document may need to be replaced after Brexit, but hopefully we have the work done already and it will be a simple exchange,” he said.

“We know many British citizens who are residents in France and are still not bothering to do anything yet. For us, the uncertainty would be unsettling.”

Nevertheless there are many who have obtained the Carte de Sejour but still feel wary about what the future may hold, especially if there is a no-deal Brexit.

“I'm glad I did it – it can't have been a bad thing to get a CdS,” said Daniel Jacobs, a software engineer who lives in Elancourt to the south west of Paris.

“I've only been here for two years, so I only have a 5-year EU-citizen Carte de Séjour. And I won't be an EU citizen in a few months, so who knows whether that card will remain valid.”

Retired Robin Hillman, 77, who lives in Brittany echoed those thoughts. He said obtaining a Carte de Sejour was “a great feeling but asked “how significant will it be in the future?”

Sally Tyler, 62, who is retired and living in the Gard department of southern France said she was feeling “a lot better, but still quite insecure since the UK government is unpredictable on ours and other EU citizens rights and the EU/French attitude is said to be reciprocal.

“There is nothing to stop cartes becoming invalid.”

The fact that, even at this late stage, there are so many questions about the future shows how the rights of British citizens in the EU and EU citizens in the UK have not been a priority for negotiators, despite their repeated statements to the contrary.

But what's clear is that for those who have taken it upon themselves to act first, it has been well worth the effort for the extra peace of mind.