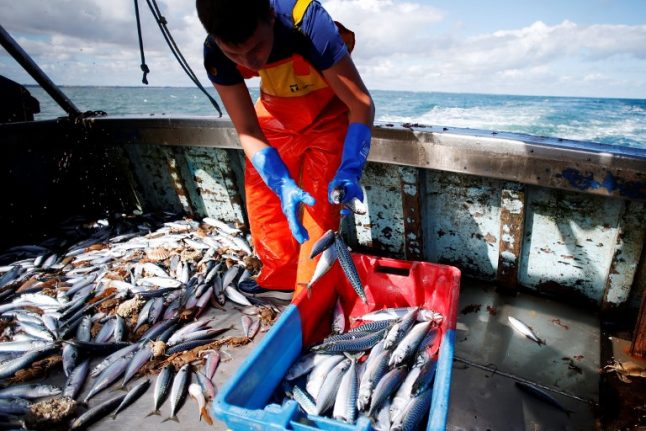 British in French fishermen have a long history of flare ups including the recent clashes over scallops and there appears to be more choppy waters ahead.

Macron said that the UK could be held in the customs union backstop, that comes into place at the end of the transition period in December 2020 if not free-trade agreement has been made, if France does not get access to British waters after Brexit.

On Monday a spokesman for Theresa May told the media that it would take France to independent arbitration if it refused to negotiate openly on the issue of fisheries.

“If the UK enters into the backstop we will be outside of the common fisheries policy and full control over whether French fishermen could enter our waters,” the spokesmen said according to the Guardian.

“Secondly if the EU were not willing to engage in a genuine negotiation to replace the backstop with the future relationship  or alternative arrangements, for example if it had closed its mind from the outset to the UK position on fisheries, that would put in breach of its duty of good faith under the agreement and we can refer this to independent arbitration,” the spokesman added.

Bu France's minister of agriculture Didier Guillaume said on Monday that the French government will be “totally mobilized” to protect the livelihoods of French fishermen.

“As long as the withdrawal agreement is adopted by the UK Parliament and the European Parliament, it will allow, during the transitional period until 31 December 2020, the maintenance of the entire framework of the current common fisheries policy,” said Guillaume in a statement.
“This withdrawal agreement makes it possible to avoid a sudden closure of access to British waters and resources in 2019.
“As the President of the Republic has stated, negotiations on future relations must begin as soon as possible so that an agreement can be reached before July 1st 2020.
“The government is fully aware that the stakes of this negotiation for French fishing are high. It will be fully mobilized within the European framework and will be vigilant in defending the interests of French fishermen.”