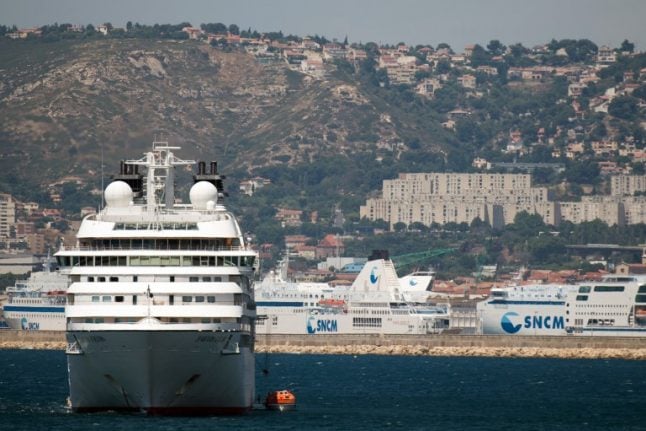 The prosecution was intended by French authorities to signal a new seriousness in tackling pollution from cruise ships after a spot check in
March on The Azura, operated by P&O Cruises, found it contained unauthorised bunker fuel.

It is the first time a ship's captain on France's Mediterranean coast has been convicted on pollution charges.

A spot check of The Azura in March found it was burning bunker fuel containing 1.68 percent sulphur, above the 1.5-percent European limit.

The ship's captain, Evans Hoyt, knew perfectly well that the fuel he had filled up with in Barcelona was illegal, said the prosecutor during the trial.

Lawyers for Carnival had argued that the strictest laws on pollution were reserved for passenger ships using a regular route and so did not apply to the Azura.

The captain, 58-year-old Hoyt, was not in court.

The Azura, capable of carrying more than 3,000 passengers, is one of the largest in the fleet operated by P&O Cruises, which is owned by Carnival.

The Mediterranean port city is grappling with the polluting effect of its drive to increase boat tourism.

The city has wrestled with increased smog in recent years, as it seeks to attract more lucrative cruise tourism.

Authorities say shipping could be responsible for 10 to 20 percent of the damaging particulate matter in Marseille's air, which can cause respiratory problems and lung disease.

High-sulphur fuel, which is cheaper than cleaner versions, produces sulphur oxides which contribute to acid rain and the acidification of oceans.

Environmental campaigners say shipping is particularly harmful in Marseille, with fine particle levels 100 times higher near the city's bustling port than elsewhere in the city.