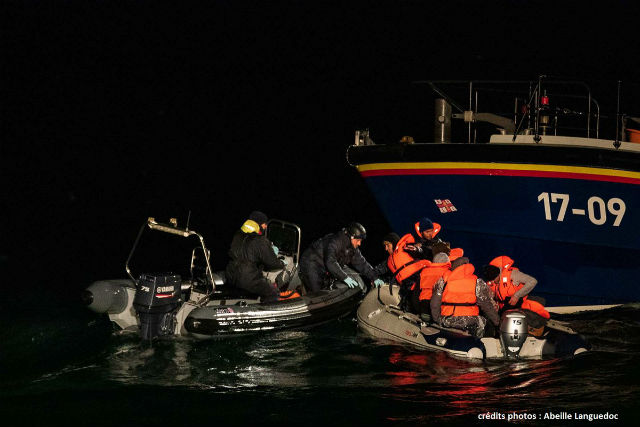 The migrants were rescued 19km off Sangatte, in northern France. Photo: Abeille Languedoc
The migrants, whose nationality was not immediately known, called French rescue services around 3 am, maritime authorities said in a statement.
A French police boat and a one launched by Britain's Royal National Lifeboat Institution found the migrants around 05:20, some 19 kilometres (11 miles) off Sangatte, in northern France.
The migrants were brought back to Boulogne and handed over to French border police.

READ ALSO: Five migrants picked up trying to cross English channel
France warned last week of a spike in migrants attempting to illegally cross the Channel by boat, which could reflect fears the border will be even more tightly controlled after Britain leaves the European Union in March.
Eighteen migrants were rescued at sea overnight Wednesday to Thursday, eight more Friday morning, and five on Saturday.
The Channel is only 30 kilometres (18 miles) wide at its narrowest point off northern France, but strong tides and currents, along with heavy maritime traffic make the crossing very dangerous.