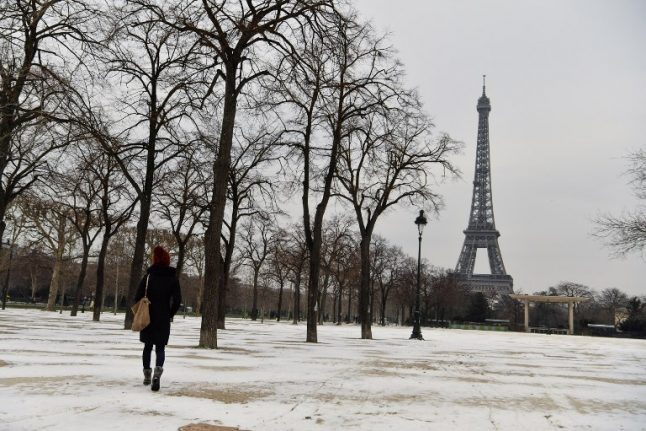 Temperatures are set to fall close to zero degrees tonight in the greater Paris region of Île-de-France on Monday night which means there is a chance Parisians will wake up to a blanket of snow on Tuesday morning.

Although don't get your hopes up too high. The snow, if it does come, might not stick around too long with temperatures set to rise throughout the day on Tuesday, according to Météo France.

Drivers in the Paris region are warned to be aware of black ice on the roads.

There could also be the first snow of the season in parts of eastern France and Burgundy.

An orange weather alert was issued for the entire Rhône department on Monday with snow and ice set to hit the region on Monday evening.

Between 1cm and 3cm of snow is forecast for Lyon and the surrounding suburbs.

Residents are advised to take care and avoid any unnecessary travel.

The wintry forecast has also come with a special safety warning for drivers.

Météo France warns that conditions “could quickly become difficult on the whole road network… The risk of accidents is high.”