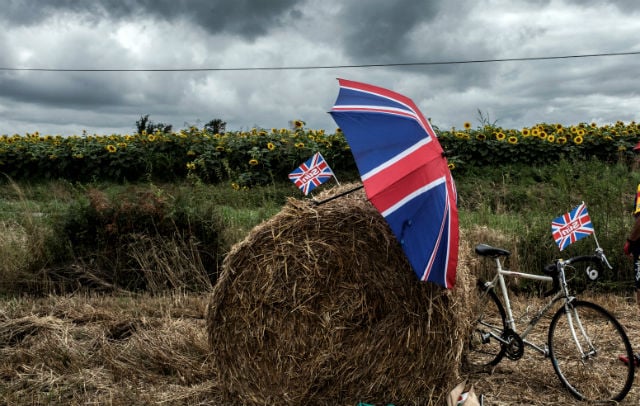 Should Brits in France be happy with the deal?

Many Brits in France felt divided emotions after the news that a deal had finally been reached between London and Brussels and had passed the first hurdle (if only just) of getting through Theresa May's divided cabinet.

On the one hand, there is a deal that guarantees most of the rights they have already in France, most importantly the right to stay and work and the right for retirees to have their healthcare covered and their pensions uprated (see link below for more details).

READ ALSO: A recap of what Theresa May's Brexit deal means for Brits in France When faced against the prospect of a no-deal which would see all those rights thrown up in the air then it's clearly a weight off many people's shoulders.

The prospect of a deal will at least allow people to look ahead and plan and gives until the end of the transition period in December 2020 for Brits hoping to moving to France to do so freely.

But on the other hand some rights have been lost, including onward freedom of movement (see below) and many Brits in France still favour having a people's vote with the option of remaining rather than this deal.

In other words “it's not as good as calling the whole thing off”, as one person put it.

Does this mean a no-deal is off the table?

No. Just because Theresa May and her team have reached an agreement with Brussels that has been backed by cabinet, albeit through much resistance from ministers it doesn't mean Brits in France no longer face the daunting prospect of a no-deal and everything that goes with it.

There's still a long way for the deal to go, including what appears on the face of it an impossible passage through parliament. If MPs reject the deal, and the numbers speaking out against it suggest that will happen, then given the time frame we could still end up crashing out of Europe on March 29th without a deal.

So all those no-deal warning notices sent out by the British government in the last few months and the bill put forward by the French parliament to allow it to take emergency measures to prevent no deal chaos could still be relevant. Remember too that in the case of no-deal Paris has only promised to protect the rights of Britons if London does likewise for the French in the UK.

So do I still need to apply for my carte de sejour now?

This is a question many are asking this week.

Yes it's advisable, but not obligatory. As someone pointed out in a Facebook group to another member asking this very question: “Why wouldn't you apply, we are still leaving the EU”.

The British embassy told The Local on Thursday that nothing has changed, in other words their advice and that of France's Interior Ministry is the same as it has been for months: “We recommend people apply for a carte de séjour”.

This advice was the case whether there was a deal or a no deal. Applying for the carte de sejour now will allow you to prove your are legally resident in France and save paperwork further down the line.

It is highly likely that the French will force Brits to apply for a post-Brexit residency status given that Brits will ask the French in the UK to apply for “settled status”. If you already have your carte de sejour then the likelihood is you will be simply be able to swap it for whatever this new card is, albeit you might have to show one or two extra documents and undergo a criminality check, rather than go through whatever new process they will set up.

This is what the agreement actually states:

“Persons who, before the end of the transition period, hold a valid permanent residence document issued under Article 19 or 20 of Directive 2004/38/EC or hold a valid domestic immigration document conferring a permanent right to reside in the host State, shall have the right to exchange that document within the period referred to in point (b) of this paragraph for a new residence document upon application after a verification of their identity, a criminality and security check in accordance with point (p) of this paragraph and confirmation of their ongoing residence; such new residence documents shall be issued free of charge.”

Many fear the new process won't be quite as “smooth, transparent and simple” as the withdrawal deal demands.

Having a carte de sejour demonstrates you are able to live, work, be self-employed or study in France and having the card could be useful for any dealings with French bureaucracy, who are notoriously inconsistent.

However it's not obligatory to have a carte de sejour in order to apply for whatever new residency status the French introduce, so you could just take your chances and wait, but remember this is not advised.

But how long have I got to apply for one?

If France does bring a new residence status for Brits it's not clear yet when that will be.

The document states that the deadline for applying for the new residency status will be six months after the end of the transition period – unless there are technical problems and the deadline may be put back a year.

While a ratified deal will give Brits more time to apply for residency it's still worth just getting on with it.

And getting French or Irish nationality?

The same point holds true here. If you are in the process of applying for French nationality or an Irish passport then don't let any announcement of a deal and talk of citizens rights being guaranteed make you think it's not worth it anymore.

If you qualify for French nationality or Irish nationality then it would still be wise to pursue your application because it will at least allow you to keep your onward freedom of movement for a start.

But what about onward freedom of movement?

There were hopes that Brits living in the EU would be allowed to keep their right to onward freedom of movement to another EU country, this has not been added to the Withdrawal Agreement after being omitted in March.

This is a big deal for many people whose livelihoods depend on being able to work in an EU country other than their country of residence.

Jane Golding, Co-Chair of British in Europe said: “We were told in March that citizens’ rights were a done deal and that discussions on this would not be re-opened.

“However it is clear from the text that some changes have in fact been made, meaning that it is unacceptable and upsetting that free movement – a lifeline for many of us – has been excluded when both sides knew it was critical for us.”

That onward freedom of movement will at least stay in place until the end of the transition period in December 2020, so if people are facing having to move  from France to another EU country then there is still time.

The Withdrawal Agreement does state however the Britain intends to include onward freedom of movement to those British citizens already living in the EU to any deal over the “future relationship” with with the EU. So all may not be lost.

Remain in France Together's Kalba Meadows stressed that there was a long way to go before Brits in Europe and EU citizens in the UK can rest easy.

“There's no doubt that for citizens' rights a deal is better than no deal, so there are five million people today with their hearts in their mouths. But even if the deal is accepted by the cabinet there's a long way to go … it still has to get though the UK and European parliaments, so nobody can start counting chickens just yet,” she said.