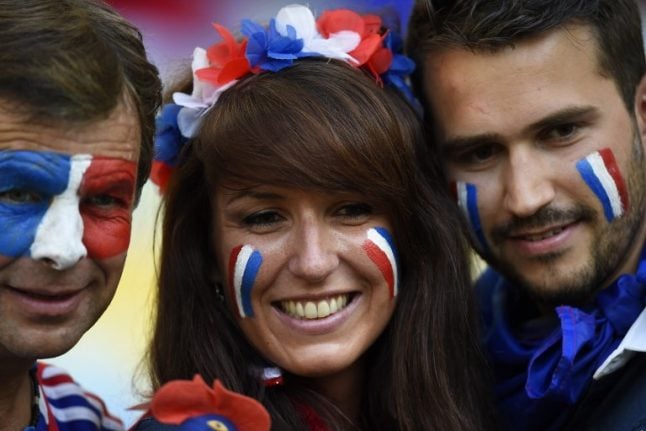 The number of Brits seeking French citizenship has seen a tenfold increase in the last three years, as The Local reported earlier this year.

The boom in applications is undoubtedly a result of the outcome of the Brexit referendum which has left many of the tens of thousands of British nationals in France looking for ways to secure their future in their adopted country.

One of those ways is to seek French nationality, which Brits are doing in droves – some 3,173 of them in 2017.

The numbers would almost certainly be higher but many more are reticent, clearly put off by the paperwork, costs and time involved. There also appears to be a lot of confusion around the application in terms of what is needed.

The Local spoke to Fiona Mougenot, who runs the immigration advice consultancy Expat Partners to clear up a few of the more straightforward questions.

Do I actually need to apply?

There is no obligation requiring Brits in France to gain French nationality. Most of the rights, though maybe not all, that Britons have currently will remain after Brexit. But for anyone who is determined to keep their European citizenship and the rights that come with it, such as freedom of movement, then they should apply.

Fiona Mougenot accepts the “process can be off-putting” due to French bureaucracy and added that “before Brexit I never had a single application from a British national in 20 years.”

“I have been here for 40 years and I don't think things have improved in that time,” she said.

But adds: “Anyone who feels they meet the criteria and can have dual nationality should apply. It doesn't cost you that much.” Who do I actually apply to?

To apply for a French nationality, you have to apply through your designated prefecture. The corresponding prefecture will depend on the department where you live.

What criteria do I need to meet?

There are various ways to be eligible for French citizenship. The main one that will apply to most of those going through the process, who live in France, is to have been living in France for the last 5 years. That can be reduced to 2 years if you have completed postgraduate studies at a French university.

Those applying via residency will also need to prove they can speak French to an adequate level, they have an adequate knowledge of France, its culture, history and politics and also show they have integrated into and appreciate the French way of life.

They will need to show they have a clean criminal record (for those who have less than 10 years residence in France) and that their tax payments are up to date, including tax return notices for the 3 years prior to filing the application for French citizenship. They will also need to prove they are financially sustainable. In other words they have a job or some other form of income. What do I need to do first?

To start the process you need to get all the correct documents together. This is the arduous part.  This government website should probably be your first port of call.

And bear in mind you may also need to provide further documents depending on your situation. Can I give in photocopies of documents?

All documents, like birth certificates need to be originals and not be issued more than three months prior to you sending off the application. Documents also needed to be translated into French, which must also be done less than three months before time of submission. Originals of the other documents can be required for when you have your interview.

In short you must provide both the document in your original language and the translated version.

Can I translate documents myself?

Nope. All documents need to be translated into French, by an official certified translator in France or “traducteur assermenté” as they are called. To find one in your area you can get information by clicking here.

How good does my French need to be?

You'll need to have a good command of the French language. Proof must be provided in form of a diploma or an attestation from an approved language school that the applicant has reached a minimum level of B1. This is essentially described as “intermediate level”.

This is how one language site described B1 level: “Can understand the main points of clear standard input on familiar matters regularly encountered in work, school, leisure, etc. Can deal with most situations likely to arise whilst travelling in an area where the language is spoken. Can produce simple connected text on topics which are familiar or of personal interest. Can describe experiences and events, dreams, hopes & ambitions and briefly give reasons and explanations for opinions and plans.”

Remember your level of spoken French will be checked during the interview at the prefecture. Do I need to explain why I want to become French?

In a supporting letter as well as in the interview you'll need to justify your application. This is why you might need to be careful to clearly show that you want to become French for the right reasons not just to have valid work papers, says Mougenot of Expat Partners.

“It's like applying for a job. You have to show you really want it,” she said. In other words don't just say it's all because of Brexit. You should be able to explain positive reasons why you want French citizenship.

Mougenot also warns that French citizenship is something that “you need to invest in”.

How much will it cost me?

The official application will cost a €55 “timbre fiscal”. But the real cost is much higher. Documents that need translating into French will cost you on average around €60 a page although rates vary depending on where you are in the country. So if you need marriage, death, birth certificates for you and your children translating then the costs are going to add up.

Mougenot advises applicants to shop around to get the best cost for translations and make sure you ask them for a quote.

And how long will the process take?

From the moment you send your application off it will take an average of between 18 months and two years. But each prefecture is different, warns Mougenot.

Many believe waiting times will only lengthen given the increasing number of applications.

“They are not going to employ extra civil servants to deal with the backlog,” warns Mougenot.

How rigorous is the interview?

Applicants stories of their interviews at the prefecture vary wildly with some suggesting they were put through the mill with question after question while others described it as a walk in the park.

As Mougenot says, a lot will depend on the official in front of you and whether they are having a good or bad day.

Much may also depend on your level of French.

The French government's website states the purpose of  the interview is to “verify, pursuant to Article 21-24 of the Civil Code, that the applicant has in particular sufficient knowledge of French history, culture and society.”

It recommends revising the “Livret de Citoyen” (Citizens' booklet) that you can download from the web.

Mougenot says applicants might need a bit more knowledge than what is contained in the booklet and if it comes across that you are going the process just to get papers then they are going to spot it.

Apart from Brexit what other reasons are there to apply?

Well there are many, but the fact that you will get to vote in France is a major positive. Especially for those who cannot vote back in their home country. And what happens if I'm rejected?

If the application for naturalisation is refused or rejected, the person is notified either in person or by registered letter, with an explanation why. It is possible to contest the decision by registered letter within two months. This must be sent to the Ministry in charge of naturalisations at the Tribunal de Nantes. If there is no reply after four months, the contestation is considered rejected. The only option after this four-month period is to file a judicial appeal within two months with the Ministry of naturalisations.