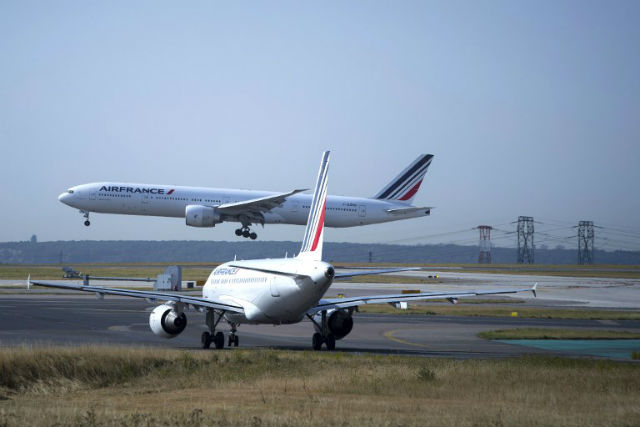 An Air-France plane takes off from Roissy-Charles de Gaulle Airport, north of Paris. Photo: Joel Saget / AFP
No passengers were hurt and they were put up in a hotel near Irkutsk airport in eastern Siberia, Air France told AFP.
“The crew of AF116 on a Boeing 777 from Paris to Shanghai decided to divert to Irkutsk in Russia after an acrid smell and light smoke appeared on board,” the French carrier told AFP.
“The flight landed normally in Irkutsk at 8:10am Paris time,” it said.
Officials at the airport confirmed to Russian news agencies that no one was injured and that experts had been sent to the airport to assess the aircraft.
Air France said the flight could continue to Shanghai after technical clearance.