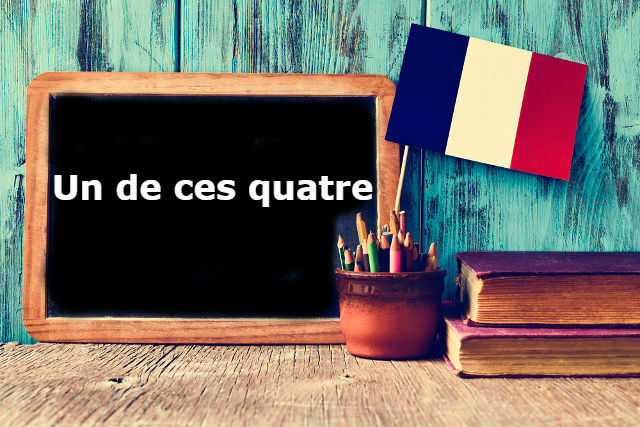 Why do I need to know un de ces quatre?

This expression is a great addition to your spoken French as a casual way of talking about the future, making invitations and saying goodbye.

It might be easy to work out the translation of un de ces quatre – 'one of these four' – but that doesn’t give away its meaning.

This expression is a shortened version of a 19th century saying un de ces quatre matins (one of these four mornings’) In this case, the mornings refer to the future and the number four symbolises a short but imprecise amount of time.

So un de ces quatre is a way of saying ‘one of these days’, or ‘sometime soon’ or 'at some point'.

One of the reasons this expression is so handy is because the amount of time it implies, although in the near future, is not specified.

So you could use it to talk about a future plan that you don’t have an exact date for, such as, Je devrais appeler ma tante un de ces quatre. (I should call my aunt at some point)

You can also use it as a way to make a casual invitation to see if someone wants to get together, such as, On va aller boire un verre un de ces quatres.  (We are going to go for a drink sometime soon)

Or you could use it to say goodbye to someone that you don’t know when exactly you’ll see again.

Adding à to the beginning of this expression turns it into a casual way to ‘say see you around’ or ‘see you some day soon’, for example Salut, à un de ces quatre! (Bye, see you around!)

This expression is mostly used in spoken French, although you may see à un de ces quatre written phonetically as a12c4 in text messages.

I think it could be a good idea to get a drink and talk it over one of these days.

I hope you'll some to Paris soon.

Bye, see you around sometime!

(The above expressions are from wordreference.com) 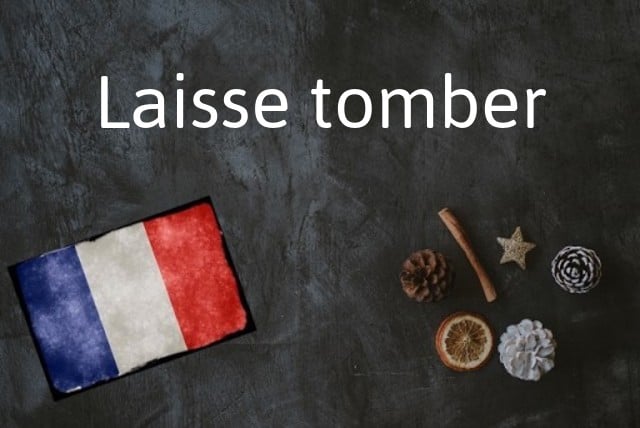 WORD OF DAY
French phrase of the Day: Laisse tomber 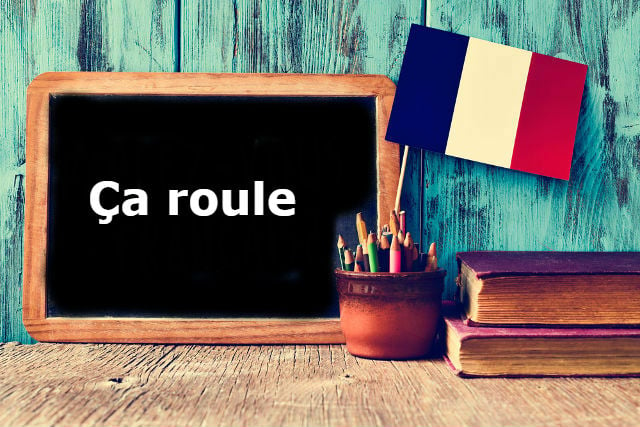 FRENCH WORD OF THE DAY
French Expression of the Day: Ça roule

WORD OF DAY
French phrase of the Day: Laisse tomber

FRENCH WORD OF THE DAY
French Expression of the Day: Ça roule
Url copied to clipboard!