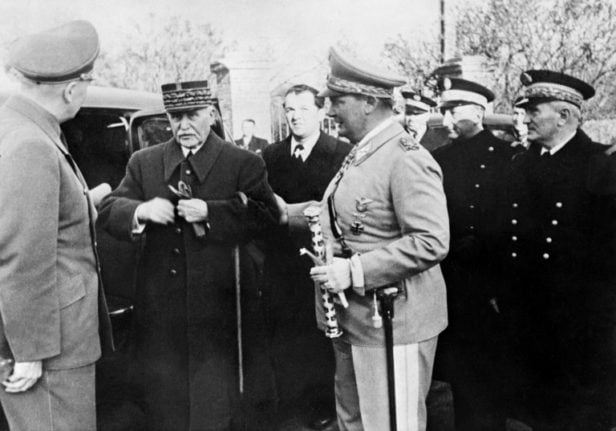 Pétain (2nd-L) meets with Hermann Goering (R), the founder of Nazi secret police Gestapo on December 1st 1941. Photo: AFP
President Emmanuel Macron drew criticism on Wednesday when he said it was “absolutely legitimate” to honour the role of Marshall Philippe Pétain for being a “great soldier” in World War One even if he did go on to collaborate with the Nazis in the Second World War.
Here are five things to know about the controversial French figure.
'The Lion of Verdun'
During WWI Pétain became known as 'the Lion of Verdun' for his military leadership during the notorious Battle of Verdun, one of the largest and longest battles of the First World War fought on the Western Front between the German and French armies.
Pétain eventually led the French Army to victory at the end of the nine month-long battle in which around 162,000 French soldiers died.
READ ALSO: 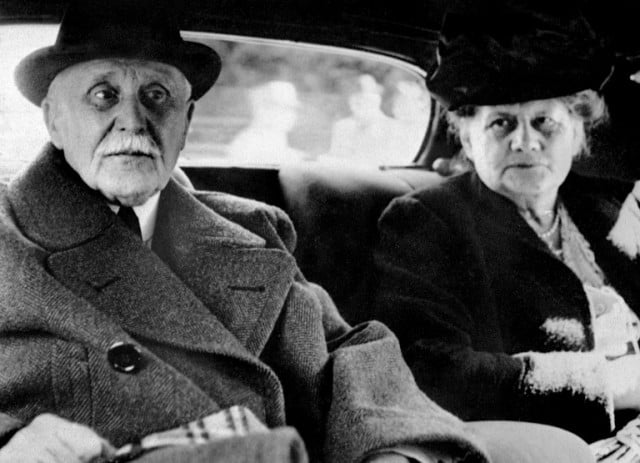 Marshal Pétain and his wife in their car on the Swiss border in 1945 just a few months before he was sentenced to death for collaborating with the enemy. Photo: AFP

At the end of the Great War, Pétain was regarded, according to historians, as “without a doubt, the most accomplished defensive tactician of any army” and “one of France's greatest military heroes”.
He was presented with his baton of Marshal of France at a public ceremony in Metz in eastern France by the president at the time President Raymond Poincaré on 8 December 1918.
Early government roles
In 1934, Pétain was appointed minister of war, and then minister of state in the following year. In 1939, he was appointed French ambassador to Spain and in May 1940, with France under attack from Germany, Pétain was appointed deputy prime minister. 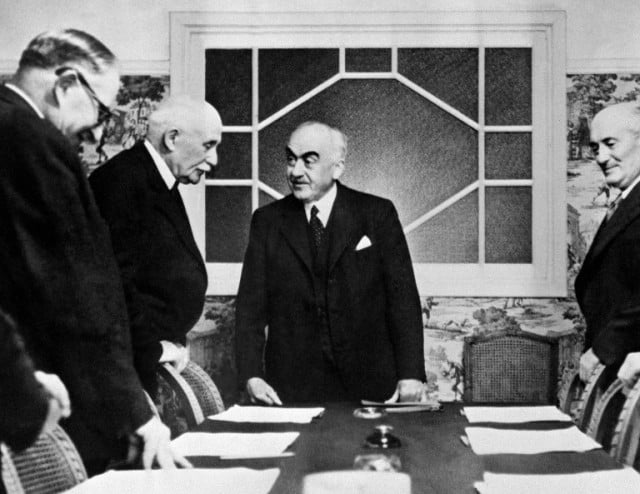 Pétain during a Council of Ministers in 1942 in Vichy. In the center, the Secretary General of the Vice Presidency of the Council Henri Moysset, and on the right Admiral François Darlan. Photo: AFP
Vichy regime
In June 1940 Pétain asked for an armistice with Germany, giving the Germans control over the north and west of France, including Paris.
Meanwhile Pétain was appointed 'chief of state' of the rest of France with its capital as Vichy in central France.
As head of Vichy France, he replaced the country's motto of “Liberty, Equality and Fraternity” with the more paternalistic “Work, Family and Country”.
Although the Vichy regime was officially neutral, in practice it was a close collaborator of Nazi Germany and brought in its own anti-Semitic legislation.
The image below shows Pétain meeting with Hermann Goering, the founder of Nazi secret police the Gestapo. 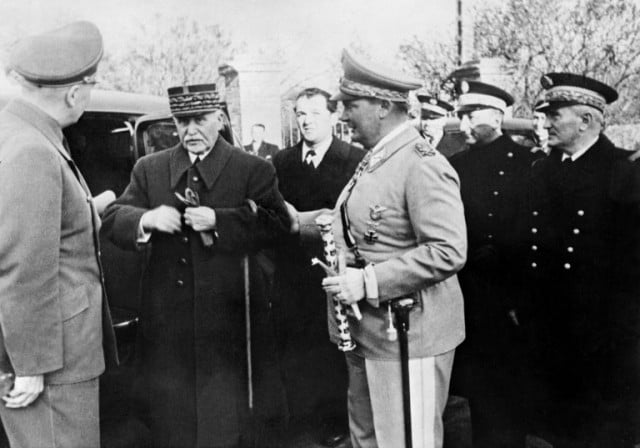 (Marshal Philippe Pétain (2nd-L,1856-1951), French chief-of-state during Nazi occupation of France, meets with Hermann Goering, the founder of Nazi secret police Gestapo and Marshal of Reich in in Saint-Florentin-Vergigny, central France, on December 1, 1941)
The motivation for the legislation was spontaneous and was not mandated by Germany nevertheless it aimed to deprive Jews of the right to hold public office, designated them as a lower class, and depriving them of citizenship.
The Vichy government cooperated with Nazi Germany, hunting down foreign and French Jews and turning them over to the Gestapo for transport to the Third Reich's extermination camps.
Imprisoned until death
After World War II, Pétain was tried and convicted for treason. He was originally sentenced to death, but due to his age and service during World War I his sentence was commuted to life in prison by Charles de Gaulle and he died at a private home in 1951 aged 95.