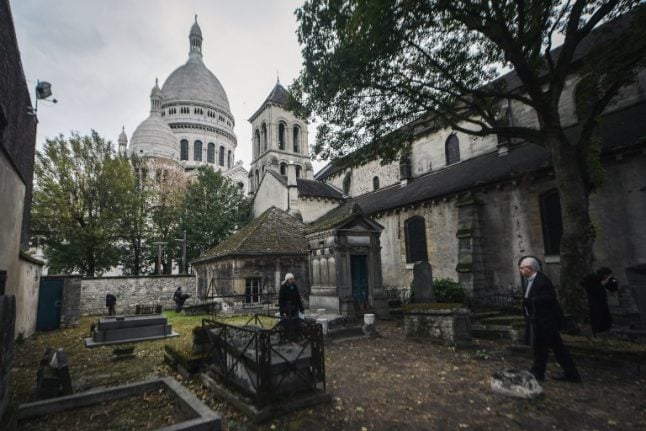 There are only 14 cemeteries in the French capital, and whether it's under an overpass next to the Sacre-Coeur basilica in Montmartre, or under shady trees in trendy Montparnasse, the graveyards are mostly full.

French people flock to visit buried relatives on All Saints' Day on November 1, laying flowers on the tombs. But many Parisian cemeteries are  nowadays mostly frequented by tourists, seeking out the last resting place of the rich or famous. Best known on the tourist map is the Pere Lachaise cemetery, in the northeast of the capital, with some 70,000 tombs, including those of Irish
poet and playwright Oscar Wilde, US singer Jim Morrison, Polish composer Frederic Chopin, and French singer Edith Piaf. But unless you're very rich and famous yourself, it's unlikely you'll find a resting place nearby.

To help alleviate the problem, city authorities prefer to grant the dead limited squatting rights, with remains to be turfed out after a specific number of years.

The problem is 97 percent of grave plots in Paris have been sold to families “for life”, whereas it is now the norm to sell them for 10 or 50 years.

But for those desperate to stay in Paris, cremation might be the answer.

Over the past 20 years, the number of cremations in the city of light has tripled.