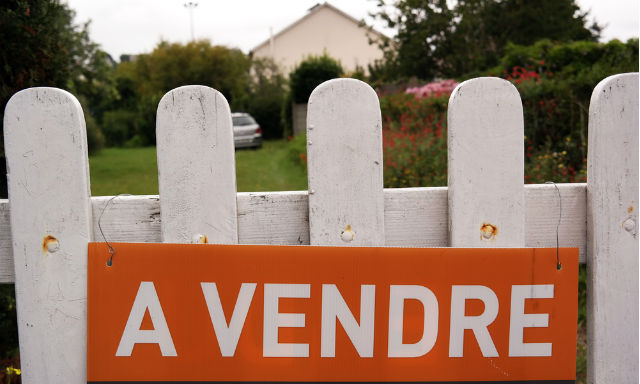 While figures from the Notaires de France show an overall rise across the country, property prices in the many regions of France that have proved desirable to foreign buyers have fallen throughout 2018, making now a great time to snap up a bargain property, real estate agents say.

Parts of western and south west France have long attracted foreign buyers, particularly Brits, but that doesn't mean all the bargains have been snapped up.

In two of the most popular destinations for British buyers, the departments of Charente and the Dordogne, property prices have fallen 2 percent and 3 percent respectively over the past 12 months.

Many foreign buyers are drawn to these areas for their bucolic lifestyle and sunny climates and the classic French stone houses or farmhouses that many movers to France have always dreamed of owning. Alistair Lockhart, property director at real estate agents French Entrée told The Local that property bargains might be available in the Dordogne, Brittany and Normandy, because over the past ten years foreign buyers have expanded their horizons beyond these popular areas. He says buyers have increasingly looked at lesser-known and traditionally cheaper areas such as the Loire valley and the former region of Limousin which made up the departments of Correze, Cruese and Haute-Vienne.

Lockhart states that over time “the price difference has shifted.”

Consequently, “the areas that were not so well known ten years ago are now much better known. They’re almost on a par [price wise] with the more well-known areas,” like Dordogne an Charente.

The property director says some of the best bargains in France can be found on properties that are in desperate need of renovation in areas such as Dordogne, Normandy and Brittany.

He puts this down to British buyers shying away from properties that might require major and lengthy building work because they'd rather make quick property purchases before Brexit at the end of March.

“The prices I’ve seen for already renovated properties actually seem quite high and conversely I’ve seen habitable properties in need of renovation where I cannot believe the price is that low,” Lockhart told The Local.

“In order to buy the best value property today where would I buy? I’d probably buy a property in much worse condition than I had intended because I’d get more building for my buck, and I’d probably be able to get something in one of those classic parts of France,” Lockhart said. Bargains off the beaten track

Sticking in the west of the country, but a little more off the beaten track Lockhart also suggests that there are property bargains to be found in the Nouvelle-Aquitaine region, particularly in the Vienne department, of which Poitiers is the main city.

The average house price in Vienne is €125,000. The department has good transport links and the picturesque French countryside that many movers are in search of.

Mary Hawkins from Leggett Immobilier real estate agents agrees that the former Poitou-Charentes region and the “Grande Ouest” (western France) are “hotspots” for bargain hunters, but also says that prices in the Herault department on the Mediterranean coast “are extremely attractive.”

Property prices in Herault, which is home to the picturesque city of Montpellier have also seen a fall of 8 percent this year, according to Leggett.

Leggett says average prices are €2614/m2 or around €214,000 for a house, so more expensive than Charente or the Dordogne.

But with Herault offering a range of properties plus natural scenery including beaches and mountains nearby and around 300 days of sunshine per year, the extra spend might be worth it.

Mary Hawkins from Leggett explains that house prices in the countryside have never fully recovered from the hit they took after the 2008 financial crisis (they are still 4.3 percent cheaper than in 2008, according to figures from Notaires-INSEE housing price indices) and “countryside property therefore represents terrific value for money.”

However, thanks to increasing domestic and international demand, prices for this kind of property are starting to creep up.

Hawkins predicts that, although the countryside “won't see the rises that the City markets have experienced, we do think it's likely that the price rises will ripple out and we'll see low, single digit, growth in the price of country houses over the next few years.”

Which makes now a great time to bag a bargain property while there’s still some out there.

Here is a round-up of some of the price changes in areas popular with foreign buyers, according to Leggett Immobilier.