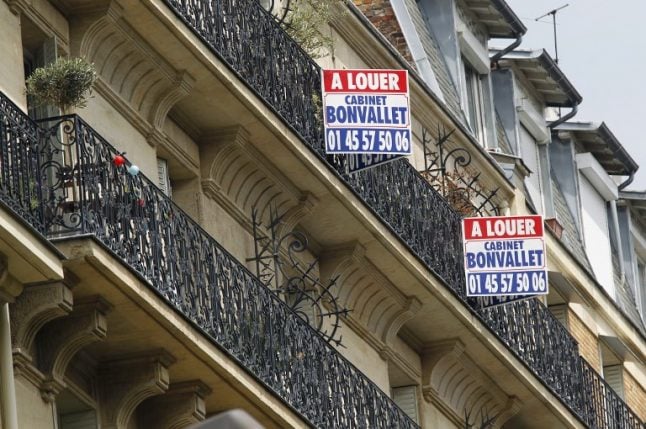 Most people want to own the home they live in. And while it's reassuring to live in your own house and to feel that you're not throwing money away each month, there are several reasons why you should consider renting in France instead.

Over half of French people own their own home, according to recent statistics. But renting can turn out to be a better call, especially if you're not sure about your long-term plans and if you want to stay in the country forever.

“Even though buying their own home is a major preoccupation for the French, renting can suit people on certain budgets if you take into account the costs involved when you live in an apartment block, the taxe foncière (property tax) and energy prices,” French estate agent network FNAIM says.

Being a homeowner is expensive as there are a lot of costs involved in buying and owning property in France. The general advice out there is if you don't have much money, rent. Firstly, as a homeowner, you pay more taxes.

There are two property taxes in France: the taxe d'habitation (council tax) and the taxe foncière (property tax).

Currently if you rent, you only have to pay a taxe d'habitation and soon you won't even have to worry about that as the tax it is being phased out and will disappear altogether by 2021.

But as a homeowner, you have to pay both the taxe d'habitation and the more expensive taxe foncière.

Then, there are all the other costs involved.

If you own property in an apartment block, you'll have to pay the bulk of the monthly charges, which can include shared heating bills, cleaning, paying for the property's upkeep and occasionally bigger and expensive work such as restoring the building's facade.

These bills are usually collected by a property manager or co-op (called 'syndic' short for 'syndicat de copropriété') who also charges management fees.

In France, property owners pay the bulk of these charges while tenants pay a smaller fee which is included in their rent. Adding to these monthly charges is the cost of occasional DIY and mending inside the property.

As a property owner you also have to attend the yearly co-op meetings, which granted are free –  but may cost you your nerves as they can end up being very tedious and very long, as neighbours use these events to vent frustrations built up over the year. Renting your own place may also give you more piece of mind as the financial side of things is generally more predictable.

Rent prices are fixed when you sign your lease and can only increase in line with a yearly 'indice' fixed by the government each term. It rose by 1.25 percent this year.

From 2015 until last year, rent in Paris and in Lille were capped until a court scrapped rent capping last November.

However they may soon be reintroduced if — as is expected — the new 'Loi Elan', which includes similar rent control measures, is adopted by the senate later this month.

This law may have a limited effect however: the measures are optional, and when they were introduced in Paris and Lille in their previous form, they faced fierce opposition.

Another point in favour of renting in France is that tenants are protected.

They cannot be given notice without a 'valid' reason (which could be for example that the property is being sold, in which case, the landowner must offer the tenant the option of buying it first, or that the owner wants to move back in) and must always be given several months notice. Even tenants who stop paying rent cannot be evicted from their homes between October and March. This law is called the 'trève hivernale' (winter respite) and aims to protect the poor from becoming homeless in the winter months.

More generally, renting property in France, although this goes for other places as well, can be an easier option than owning one.

You don't have to fix things when they go wrong. If the property is furnished, you don't have to bother buying tables and chairs and other furniture and you're not tied to it if you want to move elsewhere.

Renting is also a good way of getting to know an area without having to commit to it.

“Being a tenant comes with a number of advantages,” according to PAP, a French property website.

“On the whole, you can rent a bigger place than you would be able to live in if you buy, you don't have to look after anything, just a little bit of the upkeep and tenants are highly protected. Tenants are also less attached to their property, meaning that it's easier and faster to get set up.

“You could say that renting rhymes with freedom,” said PAP.

Whatever you decide to do, it is always better not to rush into things and renting is a good option while you take time to make an informed decision.