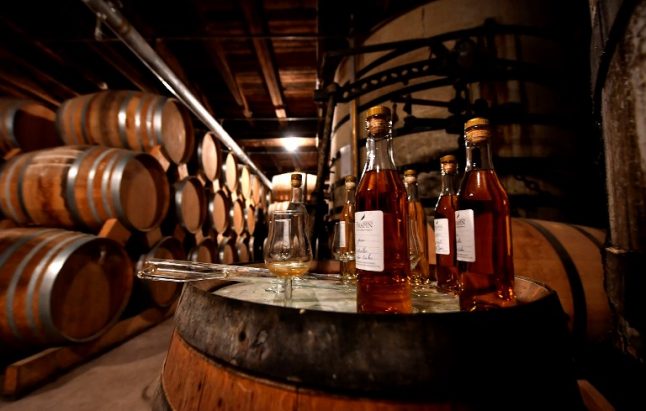 Photo: AFP
Export sales have soared over the past four years as more drinkers in North America and Asia develop a taste for brandy, a prestigious drink of choice in  business circles as well as the American rap scene.
A record of nearly 206 million bottles were produced during the 12 months through July 2018 for a total value of 3.2 billion euros ($3.6 billion) — with 98 percent sold outside France.
Growers will ask authorities for permission to add some 3,500 hectares (8,650 acres) to the roughly 75,000 hectares dedicated to cognac in the region.
Vineyards across France are allowed to request additional land each year for their grapes, which must remain within the strictly controlled boundaries of their individual appellations.
“Last year we asked for and got 1,500 hectares,” said Patrick Raguenaud, president of the BNIC national cognac committee.
It would take six to seven years to produce the first bottles from any new acreage, but a “good outlook” justified the increased output, Raguenaud told AFP.
Despite episodes of mould and hail, growers are expecting first-rate spirits from this year's harvest thanks to “exceptional summer weather, dry and warm,” according to the growers' association in the Charentes-Cognac region.