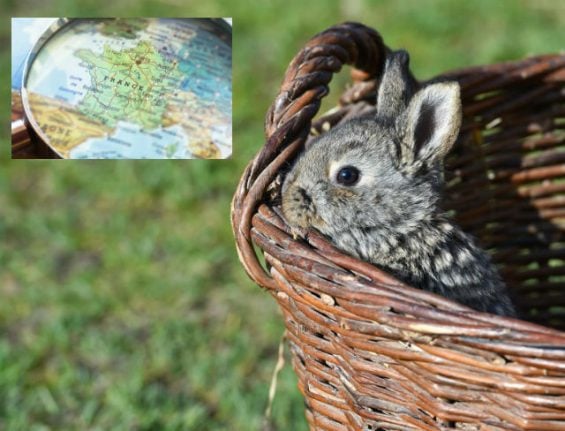 Photo: Joe Raedle, Getty Images, AFP
Outcry in Bordeaux after local authorities destroy a homeless man's 'library'
Bordeaux city hall has been at the centre of a local storm since Tuesday, after it gave orders to destroy a much-loved homeless man's open air 'library' in the city centre.
For the past three years, Dominique – known affectionately by locals as 'Neneuil' – had set up a reading space outside the Palais des Sports building in the southwestern French city, with all kind of books for passersby to browse and enjoy.
But his 'library', which had become a bit of an institution, was raised to the ground by police after they binned all the books during a cleaning operation in the area, where several other homeless people congregated.
After news of the destruction spread, horrified locals signed a petition and posted support messages on social media. Faced with such an outcry, the local authorities apologised and vowed to find a solution to allow Neneuil to set up a new and more permanent, library.
To find out more on the story, click here.

Marseille ring road finally opens… 30 years after it was started
It's been a long time coming, but hopefully for drivers in this busy southern French city, the completion of the L2 ring road linking the north of Marseille to the East was well worth the wait.
On Thursday morning, cars drove on the new road for the first time, thirty years after the building works first began.
Traffic in and around the southern city can get very dense, especially during rush hour. Now, instead of taking up to one hour to go from the north to the east, it should only take 10 minutes, according to local police.
To find out more on the story, click here. Photo: Anne-Christine Poujoulat, AFP
Rabbit serial killer in Brittany
Who is responsible for murdering one hundred rabbits in the Côte d'Armor region in Brittany? This week, police launched a call for witnesses after more rabbits were found dead in the area.
Since late August, around ten properties have been targeted by this rabbit assassin. “Cages are opened, then the animals are killed in cold blood with a pointed object and then just left there,” police, who also advised rabbit owners to lock up their rabbit hutches tightly, told OuestFrance.
An inquiry has been launched into the bizarre animal slaughters.
To find out more on the story, click here.

Angry Paris bus driver forces passengers off the bus to allow disabled man on
A furious bus driver in Paris asked all his passengers to get off his bus and wait for the next one in order to allow a man in a wheelchair to get on.
In a tweet posted on Sunday, the disabled man explained that he tried to get on the bus last week with his brother but failed after passengers inside the bus did not make space for him. That's when the driver intervened and told the passengers, some of them grumbling, to get off.
“The driver said no one in his family was disabled, but that it was just about being courteous,” said the Parisian man, who also deplored the lack of access in the French capital for disabled people to public spaces and shops.
To find out more on the story, click here.

Traffic slowed in Strasbourg as 80 ambulances stage go-slow operation
There were more traffic jams than normal in Strasbourg on Thursday morning after around 80 ambulances slowed down traffic in the city centre and on the ring road by staging a go-slow operation to protest against a new reform.
The ambulance drivers fear for their independence since a new measure was introduced this month which makes hospitals responsible for their funding.
The deplored 'article 80' aims to reduce fraud, but private ambulance companies worry it will threaten their jobs, as hospitals are now under the obligation to put out calls for tender for transport contracts.
To find out more on the story, click here.