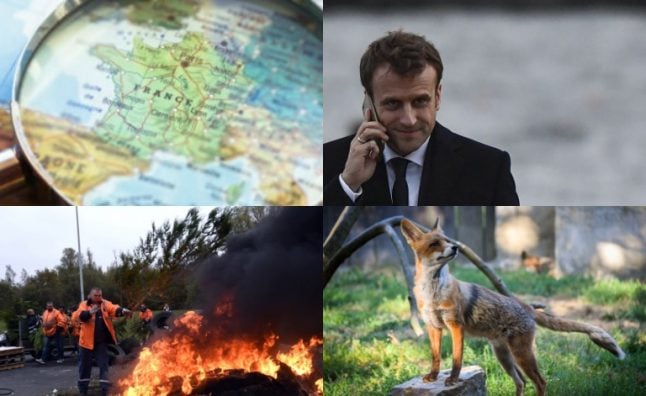 Bonus for hunters who kill the most foxes in Charente-Maritime

Hunting in France continues to be under the spotlight after it emerged that chasseurs in this southwestern department of Nouvelle Aquitaine are being rewarded with “merit bonuses” of €500 for handing over 35 or more fox tails.

The department’s Hunting Association defends the controversial scheme by claiming that foxes (called renards in French) are predators, and that all they’re trying to do is “regulate rather than exterminate” their population. Eric Piolle, mayor of the southeastern French city at the foot of the Alps, is the face of a new campaign by 11 locally elected officials in the region to get French energy multinational Total to own up to its part in greenhouse gas emissions in France.

“Total alone is responsible for two thirds of carbon emissions in France,” he argues in a video posted on YouTube.

The eco-mayor is promising legal action if Total’s CEO doesn’t respond to the group’s demands, arguing that measures are being taken to curb pollution on a local level, so why can’t the oil giant follow suit?

A 38-year-old music teacher from this alpine town in France’s Auvergne-Rhône-Alpes region has been remanded in custody after he launched a 24-hour phone call rampage that might well have a place in the record books.

The man dialed the helpline of France’s Elysée Palace almost 200 times in a day with the aim of speaking to French President Emmanuel Macron.

When his requests fell on deaf hears, he continued to call back, repeatedly insulting switchboard staff for not putting his call through.

A psychological evaluation ruled that the man “knew exactly what he was doing”. He is due to appear in court in January 2019. Here’s another tragic story of teenage gang violence in France, this time in the northern Paris suburb of Sarcelles, about 16km from the capital.

A 17-year-old boy died on Tuesday night after receiving a brutal beating from what police believe were three or four adolescent attackers.

The victim was found in a state of cardiac arrest and rushed to hospital, but sadly succumbed to his injuries in the night.

The severe blows the young man received to the head are believed to be the cause of death. Sticks were found at the scene of the crime.

An armed teenage gang in the capital also murdered a 16 year old on Tuesday night, leaving the French public asking what can be done to stop these “irrational” killings. Steelworkers block mill in northern France to save their jobs

All 281 employees of the Ascoval steel plant near Valenciennes (in France’s Nord region) went on strike and blocked the site on Tuesday, “disgusted by the French State” and the holding group Vallourec for their inability to find a buyer for the struggling mill, currently under liquidation and facing closure.

Steelworkers and trade unionists are hoping the radical action will save their jobs and create even more work in their impoverished town, as they were promised under the conditions of a new company acquisition.

The Strasbourg High Court’s agreed on Wednesday to kick-start a two-week period of negotiations to decide on the fate the Ascoval mill and its workers.