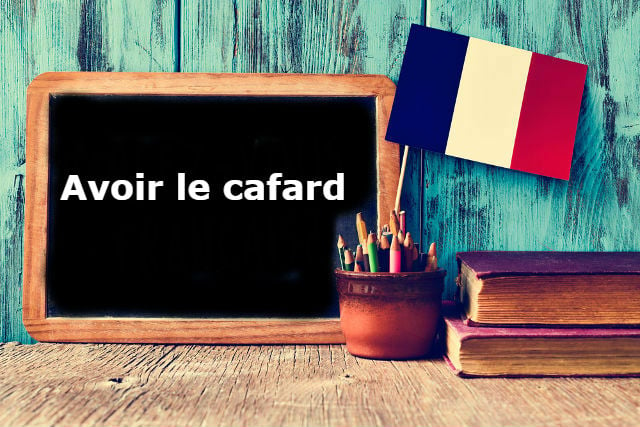 Photo: Depositphotos
Why do I need to know avoir le cafard?
If you're in a bad mood, this is the perfect way to express that to a French friend before you go into the details over a coffee.
So, what does it mean?
Literally, avoir le cafard means 'to have the cockroach'.
But really this informal expression means 'to be in a gloomy mood', 'to be down in the dumps' or 'to feel blue'.
Well, wouldn't you be, if you had the cockroach? It's a fitting metaphor, because of the way that a bad mood can sneak into your mind and then take hold, just like cockroaches in a house.
So, if you want to express to someone in French that you're having a bad time of things you would say, J'ai le cafard ('I'm feeling down').
Origins
It's thought that poet Charles Baudelaire came up with this expression when writing Les Fleurs du Mal.
'Cafard' has a long history of being synonymous with negativity in the French language; earlier, it was used to describe people who were traitors, sneaks, or lacking in morality.
Some examples
Mon frère a le cafard depuis quelque temps et ne veut plus sortir – My brother has been feeling down for a while and doesn't want to go out anymore.
(The above example is from wordreference.com)
J'ai le cafard parce que je dois travailler ce weekend – I feel down because I have to work this weekend
READ ALSO:
For more French Expressions and French Words of the Day you can CLICK HERE to see our full list Why do I need to know Beigne ?

Because if someone says they want to give you this word, you might either be very happy or in a lot of pain.

Beigne – pronounced ben-yuh – is the literal translation for a “European doughnut” in French, even though the word looks similar to the other pastry, a beignet.

However, the slang version of this term refers to a ‘blow that causes swelling’ – ie a hit or a punch. If you are looking for a synonym, you could also use the French word ‘coup.’

You can decipher between the pastry and the punch by checking whether the word is in masculine or feminine.

The words are interconnected. ‘Beigne‘ dates all the way back to the 13th century in France, and it referred to a ball of dough fried in butter. The slang term supposedly arose from the practice of punching a hole in the dough so that it would cook more evenly.

These days, une beigne can be both a physical and metaphorical ‘hit.’

An example of the latter would be when British Prime Minister Boris Johnson lost a vote of no-confidence from his party – some French newspapers responded by running headlines of the Big Beigne (a play on words with Big Ben) to joke about the blow the former PM received.

Be careful using this word outside of France though, as in French Canada the term has a bit of a different meaning. En Québécois, it can be taken as an insult, similar to calling someone an idiot. Additionally, the phrase in Quebec “se pogner le beigne” means ‘to do nothing’ or to ‘twiddle your thumbs.’

Tu sais comment faire des beignes ? On pourrait essayer d’en faire ensemble le week-end prochain. – Do you know how to make doughnuts? Would you like to make some together next weekend?

Pour échapper à un requin, il faut lui donner une beigne dans le nez. – To escape a shark, you have to give him a blow to the nose.

FRENCH WORD OF THE DAY
French Expression of the Day: Entre guillemets 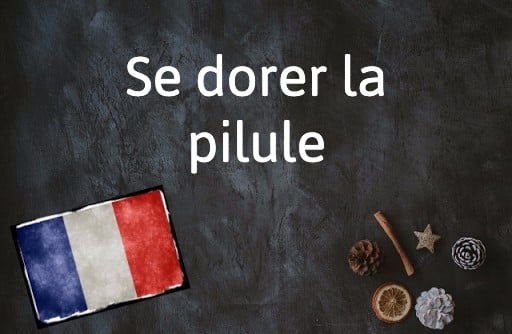