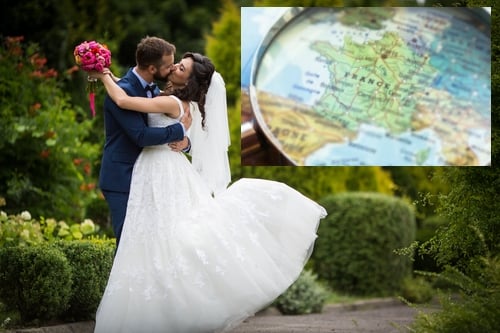 Two surfers heading to a beach in Crozon (Finistère department, Brittany) are lucky to be alive after a pair of hunters apparently mistook them for pheasants.

When the chasseurs fired their shotgun, the two surfers scrambled to the ground on the beach path they were on.

When approached by the gun-yielding men, they neither apologized nor gave any form of explanation, choosing instead to nonchalantly leave the scene. “They fired blindly,” Habasque, one of the surfers, told Ouest France, explaining how there was very little visibility due to the mist and low sun at that time of day.

This latest incident adds more fuel to the burning debate about hunting in France and whether it’s time the practice was banned.

The tiny central department of Creuse (Nouvelle Aquitaine) rarely makes it into the French press but in the early hours of Tuesday morning an earthquake (3.2 on the Richter scale) woke up some residents of the usually sleepy town of Guéret.

There was no damage or injuries to report but the phenomenon is still rather bizarre as this isn’t an area of France known for its earthly tremors. If you think this is one of the strangest pieces of news you’ve read recently, we’re right there with you.

Two mayors from prefectures on the outskirts of Marseille are refusing to let weddings take place in their jurisdictions because apparently it leads to a spike in what the French call “urban rodeos”.

This is an increasingly popular (and dangerous practice) which sees mostly young men perform daredevil stunts on their motorbikes, taking over the roads and putting other pedestrians and drivers at risk.

And whenever there’s a wedding in these two Marseille neighbourhoods, it seems that they really do pull out all the stops.

The Nazis’ Natzweiler-Struthof concentration camp (in the Vosges Mountains, close to the Alsatian village of Natzwiller) is undergoing a major two-year restoration plan with the aim of honouring the victims of one of the worst atrocities the world has ever known.

Everything from the lookout decks to the memorial area and the gas chambers will be revamped as the area’s wet and harsh weather conditions have severely deteriorated the site. The severe drought that’s hit numerous communes in Meurthe-et-Moselle and the Vosges departments of northeastern France for the past two years was on Tuesday declared by national and local officials as a natural disaster.

That means that farmers who had suffered the financial consequences of this exceptionally dry weather, previously deemed as uninsurable damage, can now make a declaration of losses at their local ministry to help them get back on their feet. Worried parents and local authorities Corsica are so concerned about the drug and sex-fuelled antics of the island’s teenage population that they’ve organized a conference on risk behaviour to try to find solutions to the problems.