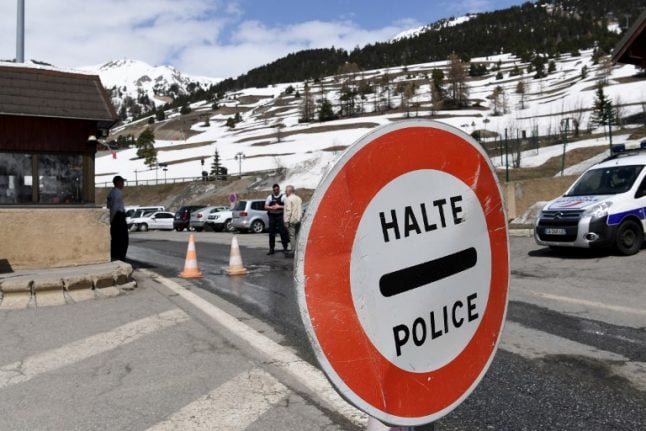 The incident took place last Friday, when Italian police spotted a van belonging to their French counterparts near Claviere, a ski resort on the border between south-east France and north-west Italy that runs through the Alps.

The French officers reportedly ushered two men out of the vehicle into some nearby woodland, then drove back towards France.

Public prosecutors in Italy have opened an investigation into the incident, which was partly captured on camera by the Italian officers.

French authorities confirmed on Monday evening that a gendarme van had crossed the border during an operation to deport undocumented migrants. Officers alerted a police station on the Italian side, according to the Hautes-Alpes prefecture, but the vehicle was not supposed to enter Italy.

The gendarmes involved were new to the post and unfamiliar with the area, the French department's prefect Cécile Bigot-Dekeyzer told Le Dauphine, putting the incident down to “an error on the part of the officers”.

“I don't want to believe that [Emmanuel] Macron's France would use its own police to secretly unload immigrants in Italy,” said Salvini, one of the French president's most vocal critics. “But if anyone seriously thinks they can use us as Europe's refugee camp, violating laws, borders and agreements, they are sorely mistaken.”

It's not the first time the Alpine border has caused tension between France and Italy: in April, Rome summoned the French ambassador to complain after French customs officers crossed the border and confronted an Italian resident they suspected of carrying drugs at the train station of Bardonecchia.

The same month saw heated protests on both sides of the border by pro- and anti-migrant groups, prompting both countries to send police reinforcements to the mountain area.

READ ALSO: On the frozen mountain migrant trail from Italy to France