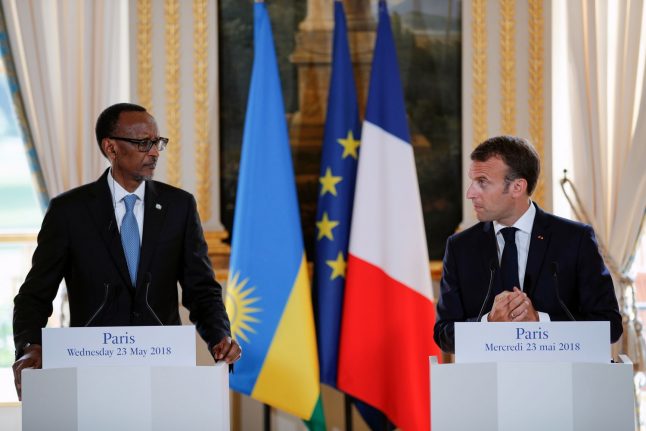 French President Emmanuel Macron (R) and Rwandan President Paul Kagame hold a joint press conference after their meeting at the Elysee Palace in Paris, on May 23, 2018. Photo: Francois Mori /POOL/AFP.

The long-running probe has been a major source of tension between the two countries following accusations that a Tutsi militia headed by current Rwandan President Paul Kagame was responsible for the attack on the plane in April 1994.

In a statement dated October 10, prosecutors demanded that the charges be dropped against seven suspects because investigators had not been able to gather “sufficient evidence”.

The final decision now lies with the investigative magistrate.

The missile strike on Habyarimana's plane near Kigali's airport in April 1994 triggered 100 days of bloodshed that left an estimated 800,000 people dead, mostly members of the Tutsi minority.

Ties had been on the mend until 2014 when Kagame repeated accusations that French soldiers had been involved in the bloodbath.

The relationship took an even worse turn when the French judiciary decided in October 2016 to reopen an investigation into the attack on the plane, as the French crew were among the victims.