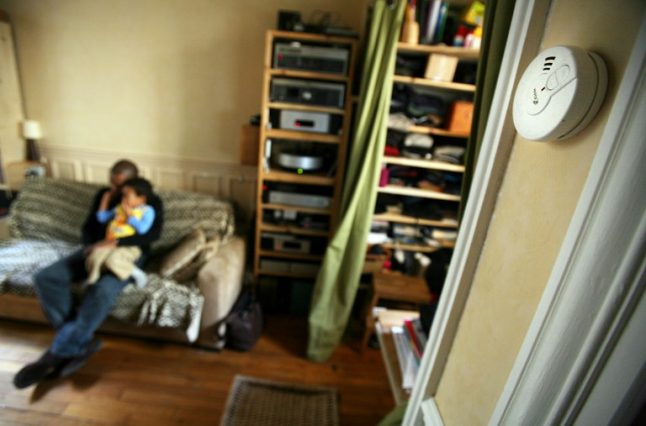 As many as one in eight detectors in France does not meet the standard required by law and thus does not offer sufficient warning to householders that a potentially lethal fire has broken out in their home.

The stark warning came in a report that summed up an in-depth investigation by the consumer protection authority, the DGCCRF.

Fire alarms were made obligatory in many European countries a decade or more ago, but they only became compulsory in France in early 2015.

The devices need to conform to EU standards and should be installed in bedrooms as many fires happen while people are asleep.

But tests by the DGCCRF discovered that as many as one in eight models available on the French market does not function properly, and may not detect fire as fast as it should.

The agency said it had issued several warnings to manufacturers and would continue to monitor the products to make sure they are improved.

In most cases, tenants aren’t required to buy a device at all as their landlords are supposed to provide them. All tenants need to do is take care of the installation and maintenance of the detector.

Almost 800 people die every year in fires in France.