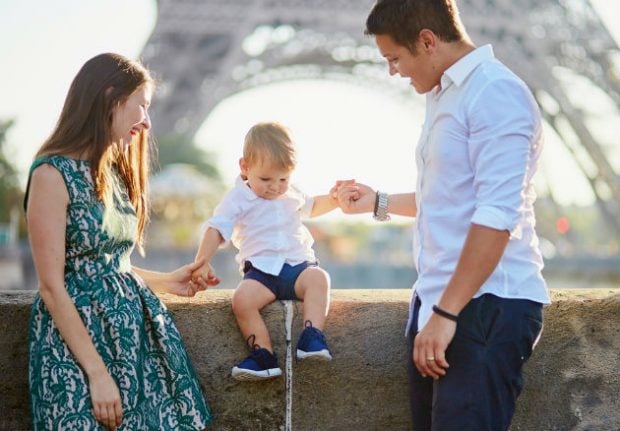 The latest HSBC Expat Explorer rankings saw France jump an impressive five places on last year's score, coming in 11th out of a total of 31 countries.

For the study, HSBC interviewed 22,318 expats sent abroad by their company, to find out how they felt about their new country in terms of family, economics and overall experience.

France has seen its position consistently improve over the past few years. In 2016 France was ranked 21st and in 2015 it came in a lowly 29th.
So what's the reason for the steady improvement in the rankings?
Well, it certainly isn't due to the amount of money expats make when they move to France — unsurprisingly, it's got far more to do with the quality of life here. And more specifically, family life.
In terms of family life, France has jumped an impressive 10 places since 2017 to claim 3rd place.
And in terms of the various criteria in the family life ranking, France did very well in almost all of them.
READ ALSO: For quality of life for family it came 5th out of 31, for childcare quality it came 4th overall and for school quality 5th.

However it didn't score so well for social life (23rd).
According to the report, 73 percent of families love France for their children's quality of life, around 50 percent love it for the quality of the childcare and education and, above all, their health and wellbeing.
In fact, 64 percent of expats in France believe these things are better than at home.
READ ALSO: Table: HSBC
“In a nation where 87 percent of expats speak the local language and 39 percent say it's important to learn in order to fit in, the well-established benefits of raising children who are fluent or bilingual also come into play here,” said the report.
The study went on to say that “almost twice as many expats here get support including language courses for their dependents through work than in the rest of the world.
“The quality of life in France is exceptional, with a highly developed infrastructure, excellent schools and one of the best healthcare systems in the world,” said the report.
However France is still not considered positive in terms of economics, coming 21st out of 31 countries in this category.
France is far behind the top three countries in this respect, namely Switzerland, Germany and Singapore, with just 29 percent of expats considering it a destination compatible with their desire for professional growth. Table: HSBC
When it came to salaries, expats in France are not as well off as their counterparts in other countries (although clearly the ones interviewed are not hard up) , earning an average of 71,570 euros (83,683 dollars) a year, much less than the world average of 106,173 dollars.
Still, in terms of the economics of living in France, the country ranked lower in terms of how much money people make here but very highly when it came to linked factors such as job security.
For example, compared to other countries France ranked a measly 29th in terms of both being able to save money and entrepreneurship, 28th for disposable income and 26th for wage growth.
By contrast for work/life balance and job security France ranked 3rd.
“With short working hours and long holidays, France offers expats an enviable work-life balance,” said the report.
And in terms of overall experience, France ranked 9th out of 31, with particularly positive responses from expats on quality of life (3rd), culture (5th) and integration (7th). In the overall survey, Singapore ranked the best for expats, followed by New Zealand and Germany (see table of top 15 below).
The UK ranked 22nd overall followed by the US at 23rd.