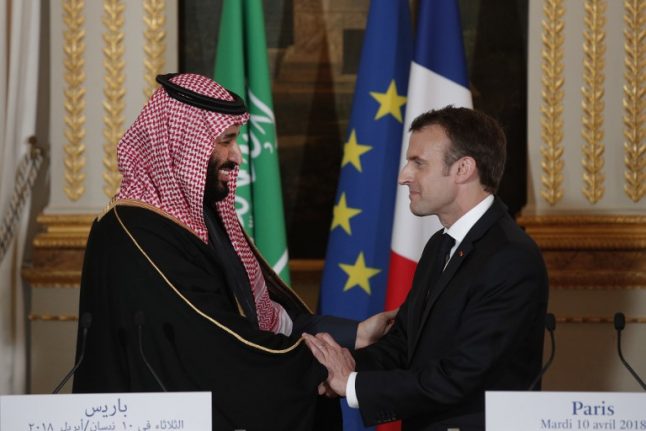 Photo: AFP
The Arabic-speaking kingdom is not expected to be admitted as a full member of the International Organisation of Francophonie (OIF), but it will probably be granted “observer” status.
Still the debate is set to highlight one of the biggest challenges for the 54-strong OIF grouping as it looks to expand its influence by admitting new members– at the risk of diluting its identity and losing sight of its original mission.
It has already admitted Moldova in eastern Europe, where francophones account for 2.0 percent of the population, as well as Egypt (3.0 percent
francophone) or Bulgaria as full members, while Ukraine and Uruguay have been given observer status.
Ireland too has applied for observer status which is set to be considered at the two-day meeting under way in the Armenian capital Yerevan.
“The OIF is running a real risk of losing its cohesion,” Pierre-Andre Wiltzer, a former French minister responsible for “Francophonie” who is one of a growing group of critics, told AFP. Saudi Crown Prince Mohammed bin Salman (R) meeting with French Defence Minister Florence Parly. Photo: AFP
Such worries are set to be compounded by the naming of a new head of the organisation at the summit in Armenia on Thursday and Friday with Rwanda's  foreign minister, Louise Mushikiwabo, tipped for the role.
Rwanda recently dropped French from its constitution in favour of English — and Rwandan President Paul Kagame spoke English when announcing his minister's candidacy for the job during a meeting with French President Emmanuel Macron in May.
African effect
The membership list and leadership of the OIF also raises questions about what the organisation should strive to achieve.
It held its first summit in 1986 to strengthen ties among then 40 French-speaking members, with the group modelled along the lines of the Commonwealth club which brings together the former territories of the British empire.
“Over time the OIF has looked to all sorts of matters which it can hardly influence”, such as the search for peace, sustainable growth, or the defence of human rights, Wiltzer said.
Macron, like his predecessors, is keen to support the organisation, seeing the OIF as a means of spreading influence and promoting French as a global language, which he has stated as one of his goals.
On a visit to the west African country of Burkina Faso last year, Macron appealed to Africans to resist the lure of English and make French “the first language in Africa and maybe even the world in the coming decades”. French president Emmanuel Macron (L) speaks with Burkina Faso's President Roch Marc Christian Kabore in 2017. Photo: AFP
Jean-Baptiste Lemoyne, a junior minister in charge of Francophonie in Macron's government, recently told RFI radio that he wanted the organisation to “concentrate on the core of its mission which is language and culture.”
“What we've seen recently is perhaps a scattering effect.”
French is currently the world's fifth most spoken language after Mandarin Chinese, English, Spanish and Arabic, according to official French estimates based on the population of countries where French is an official language.
But some experts have questioned that figure and said an estimate by Ethnologue, a reference guide to world languages that ranks French 14th, may
be closer to the mark.
But thanks to the high birthrate in many French-speaking African countries, OIF estimates that the population of its member countries will jump from 274 million now to 700 million in 2050.
A mini UN?
Though the impulse of the OIF to increase its membership might be understandable, why would countries like Saudi Arabia or Egypt be interested in joining?
“Countries which haven't much to do with 'Francophonie' nevertheless see it as offering potential influence, as though the OIF were a mini United Nations,” Linda Cardinal, a specialist at Ottawa University in Canada suggested.
The OIF's budget of 85 million euros (97 million dollars), mainly paid by France and Canada, pails in comparison with the UN's 5.6 billion budget, however.
“The OIF would never pretend to be at the same scale,” she added.