A farmer's market in Aix-en-Provence: Photo: Zen voyager/Flickr
Obligatory “bonjours”
This was the most common response from readers. Once you move to the countryside, you simply have to say “bonjour” when passing anyone in the street. It’s pretty much the rule, said many.
Photo: Garry Knight/Flickr
Louise Elsom, a long-term expat in Charente, said:
“When my partner and I first moved in, we would walk around the village, people would say hello and we would assume that they must be talking to somebody behind us. But no… they were just very friendly! If I did the same in the UK I’d get a lot of strange looks but it's “expected” here so be ready – or you will be frowned upon from the get go.”
Growing fruit and veg
“Everyone here who has a piece of land grows veg and usually has fruit trees,” said Burgundy tour guide Tracy Thurling.
“So everyone eats very seasonally, loads of haricots verts for a stretch. Ditto pumpkins and courgettes till you're sick of them.”
Photo: Cliff/Flickr
Controversial English writer Samantha Brick, who lives in the Lot in Midi-Pyrénées, agrees:
“You feel a pretender if you don't have a vegetable garden,” she says.
“It doesn't matter if you're not green fingered. You must have a go. Tomatoes are obligatoire! It's back-breaking work but it’s worth it.”
Photo: lizwest/Flickr
Plan for everything to be closed from 12-2
The lunch time break is a very real thing in rural France, a lot more so than in the bigger cities of France. You can expect shops to be closed from midday to 2pm.
Louise Elsom said you quickly get in the habit of planning around it.
“This came as a shock when we first moved over,” she said. “The French are very set in their ways and, sometimes, I think that's a good thing. So if you think you're going to pop out for a carton of milk from your village shop at lunchtime… you can forget about it.”
Photo: Alex Ranaldi/Flickr
Some readers told us that they even find this time to be the perfect time to hit the road, armed with the knowledge that all the truck drivers would be taking lengthy lunches and the roads would be empty.
Switch to jeans
“You live your life in jeans,” says Samantha Brick.
“I ended up selling all of my TV boss executive clothes as I don't get to wear them anymore. The same goes for my high heels. Sob! I have three pairs of jeans on rotation for each season. When the knees or the derriere goes, I bin them.” Photo: Craig Sunter/Flickr
Say au revoir to the TV
“Goodbye television!,” says Elsom.
“We look back in embarrassment at the years in the UK when we spent our evenings in front of the TV, almost as if we were glued to the sofa.”
Photo: flash.pro/Flickr
“Now, with vegetables patches to tend to, chickens to feed, dogs to walk, there's no time for television. And in the summer evenings I much prefer sitting out in the garden, with a glass of wine, watching the world go by.”
Get used to long chats
“Whenever we go into our local village shops, and particularly the pharmacie, bank, and La Poste, the incoming customer always greets the assembled company. Thereafter long chats can go on between customers and shop staff,” said French countrysider Beth Haslem.
“Nobody seems to care about detailed stuff like wanting to buy something, all thoughts of commercial gains are set to one side until the topic(s) of conversation has been exhausted.”
Become a community member
“We've really joined in with the village community,” said Elsom.
“Even the smallest of villages have a village hall and hold regular events. We have regular meals, dances etc. throughout the year. It's a great way to get to know your neighbours when you first move to a village and there is always great food and wine.”
Photo: Jonathan Petit/Flickr
Embrace your 'chair in the garden'
“The second the sun comes out, rural France steps out to soak it up,” said Judee in Vaucluse.
“Out comes the table and chairs and also of course, the picnic to go with it. Simple food, but always fresh. Cheese, ham, wine and banquette. Followed by a coffee and quick cat nap.”
Follow the lunar cycle
“I barely used to see the moon in the sky when I lived in London's Kew Gardens,” said Samantha Brick.
“Here it dominates the time that I garden and even when I get my hair cut. My local hairdresser stays open on a full moon so those who wish to can have their hair cut then (it'll grow back faster).” Photo: Susanne Nilsson/Flickr
Use a pressure cooker
“It would seem rude not to have a pressure cooker,” Brick said, adding she'd never had one before.
“Everything I cook (practically) is in it – potatoes, vegetables… if I can use it instead of another method of cooking then I do,” she says. “And I don't have a microwave.” Photo: marco monetti/Flickr
Become a “forager”
You've got to make the most of the seasonal offerings, and most people do, says Twitter user Guppy39, who lives in the Dordogne dėpartement.
“I do forage for certain things in the hedgerows and certain times of the year,” she says. “Like nuts and elderflower. But I don't eat dandelions.
The best bit? There's nothing unusual about knocking on your neighbour's door and offering them your home-made jam. Can you imagine this happening in Paris?
Photo: Shanna Trim/Flickr
Knowing to avoid the hunt
Get used to planning around the hunting season, which this time around has been running from September and ends in late February.
“Your life changes when 'chasse' season arrives because it's not to safe to walk dogs in woods,” says Twitter user Guppy39.
Indeed, hunting is a very serious exercise in rural France. There are around 200,000 people who partake in hunting, and around 12 to 14 deaths a year.

Many are opposed to the hunting season's full seven days a week of activity, with one recent petition to ban it on Sundays garnering 300,000 signatures – but no result.
Adopt a relaxed attitude to your valuables
And lastly… In cities like Paris, it's not unheard of to have your mobile phone grabbed off your table by thieves while you're enjoying a coffee on a terrace.
But rest assured, it's nothing like that in the countryside, said Suzi Johnson, a retiree in south western France.
“We leave valuables out in the garden and they're never touched,” she said. “We feel very safe here, and there's hardly any crime.”
Sounds lovely.
Photo: Herry Lawford/Flickr
READ ALSO: The quirky habits you pick up in France (including city life) 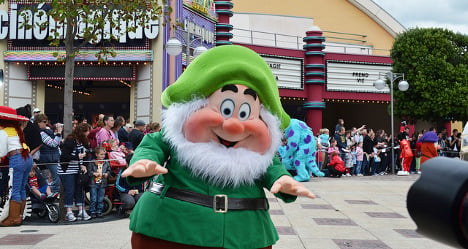 This is what a frog might look like trying to pronounce the French word for frog. Photo: Yamanaka Tamaki/Flickr
We put the shout-out on social media and we were flooded with responses.
We gathered what we thought were the best responses and the toughest words – from beginner level to extremely advanced. And a warning: Number ten is really hard.
Without further ado:
1: Mille-feuille (Welcome to Brouilly itself, with some vineyards in the background. Photo: JaHoVil/Flickr)
Another item that's top of the unpronounceable list is “Brouilly“, a type of red wine from the area bearing the same name in the Beaujolais region. Lynn Segal on Facebook says: “I don't drink it anymore because I've been laughed at so many times! I can't figure out how to say the B at the front of the mouth and the R at the back.”
3. Rouen (Photo: Oriolus/Flickr)
Another common response was “pneu“, which means tyre. Ruth Trevanion on Facebook says she “just can't get to grips with that one at all”. That seems like a pun Ruth, and we salute you for it. But you're not alone. A number of people said they couldn't pronounce the word either, with one follower saying it's the “least French sounding French word” they know.
6. Heureuse Photo: Susan S/Flickr
Brace yourself: The hardest French word to pronounce is the word for locksmith – “serrurerie“. It was the most commonly repeated response. Blogger Polly-Vous Francais even sent us an entire blog entry about the word.
She says: “Forget it. It is not happening. It requires too many mellifluous, throaty French r's in too short a time frame (…) I find that I've barely recuperated from rolling out the first r when the next r and the next r need to come flying out of my tonsils.”
With this in mind, we decided to test tourist in Paris to see if they could pronounce the word. Here's how it went:
SHOW COMMENTS 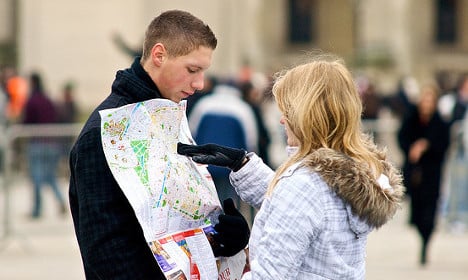 PARTNER CONTENT
Eleven things you should know before moving to Paris 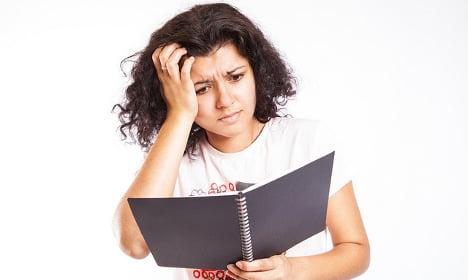 LIST
The 18 most annoying French ‘false friends’ of all time
Url copied to clipboard!