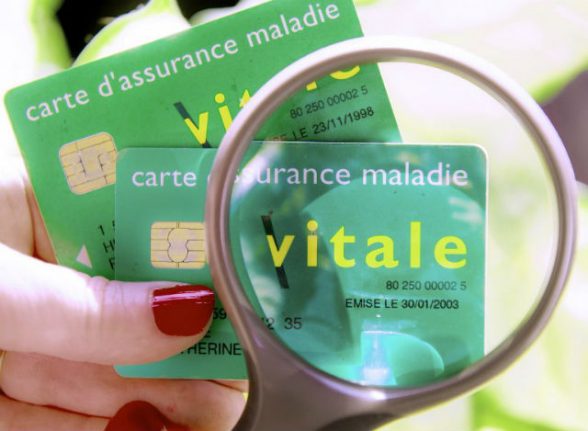 A new report from the statistics department at France's health ministry has revealed that waiting times to see a doctor in France can vary between 6 and 80 days.

How much patience you must have depends on what kind of doctor you need to see with certain specialists less available than others.

After statistics department Drees analysed 23, 500 medical appointments from over 10,000 adults in France between 2016 and 2017 it concluded that the average wait to see a GP in France, from the moment you contact the doctor to the consultation itself, is six days.

It's a different story for specialists, for example the average waiting time to see a pediatrician is is three weeks and it's the same waiting time for a radiologist.

The average time to see a dentist is one month and for a gynecologist it's six weeks. For anyone with heart issues you might have to wait up to 50 days to see a cardiologist, two months for a dermatologist and up to 80 days for an ophthalmologist.

While those waiting times may shock some readers, Drees made it clear that they are averages and the median waiting times showed most people see a doctor in France within two days, a dentist after 17 days and a gynecologist after 32 days.

The study revealed that when waiting times are too long over half of French people (56 percent) will contact other health professionals to seek help and around one third will simply give up the treatment.

A small minority (3 percent) will head to the emergency ward in hospitals to seek help.

Jean-Paul Ortiz,  the president of the Confederation French medical unions told France Info that it would be another eight or nine years before waiting times improved.

Ortiz said one of the main reasons for the long waiting times was simply a shortage of doctors.

“France cut the number of doctors in the 1990s because they said 'the less doctors, the less prescriptions, meaning more savings' as a way of cutting health costs,” he said.

He also blamed the fact the heavy paperwork burden on doctors in France for reducing the time they are available to patients. The urgency of the appointment can also lessen the waiting times with doctors likely to give patients an appointment on the same day if they are suffering from specific symptoms.

However the agency also that where people are in the country also makes a difference to waiting times, with big cities like Paris and Lyon clearly having more specialists available than rural areas.

However the results of the study do not allow for any kind of map to show which parts of the country are worse than others for average waiting times.

The French government is planning a major set of reforms to try to boost its health system, which is struggling due to over-burdened hospitals are partso f the country that suffer from a lack of doctors.

One of the most immediate measures the government will take will be to move 400 GPs into the parts of the country that suffer from a lack of doctors, the so-called “medical deserts”.

And based on the model of dental assistants the French government plans to introduce 4,000 new roles of “medical assistants” or “doctors assistants” that will be employed mainly free up GPs.

Some 100 million medical appointments are missed each year in France and the government believes the systematization of making online appointments will help reduce this problem.

Appointments can be made and cancelled with many GPs online already but the government wants the technology rolled out to cover all doctors and hospital appointments.