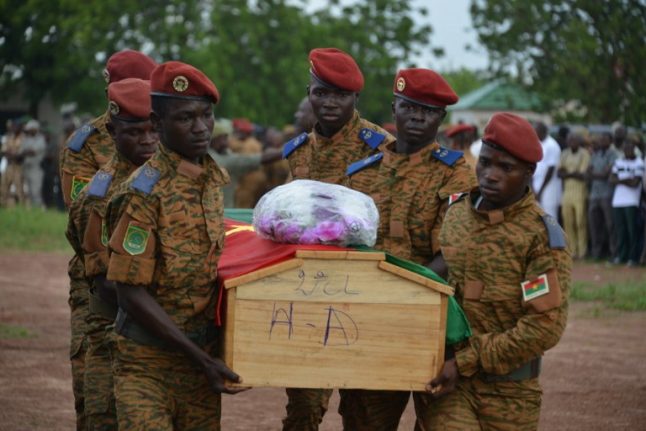 Prosecutors did not release many details about the ongoing investigation. File photo: Henrik Montgomery/TT
The French intervention came after heavily armed rebels killed a paramilitary gendarme in an attack at Inata, in the northern Soum province, overnight Wednesday to Thursday, the army said in a statement. Another gendarme was wounded in the attack.
In a separate attack on Thursday, an improvised explosive device (IED) killed six soldiers on patrol in the east of the country, the statement added.
French military command confirmed in a statement that two Mirage 2000 fighters carried out the air strikes after a Reaper drone detected a column of motorbikes leaving the site of the attack.
Burkina Faso, which borders Mali and Niger, has been the site of regular jihadist attacks since early 2015, particularly in the north and east of the country, as well in the capital, Ouagadougou.
Operation Barkhane, the French anti-terrorist force in the Sahel region, deploys more than 4,000 soldiers in five countries — Mali, Niger, Burkina Faso, Mauritania and Chad — equipped with warplanes and armoured vehicles.