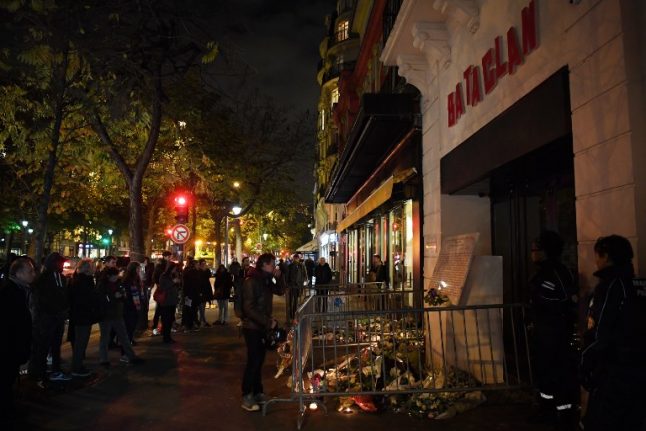 As the three-year anniversary of the worst attack in French history approaches, the nation still fears an active 'terrorist threat'. Photo: CHRISTOPHE ARCHAMBAULT / AFP
France is a member of the European Union's Schengen passport-free zone and its beefed-up border controls with Belgium, Luxembourg, Germany, Switzerland, Italy and Spain had been due to end on October 30th.
But, according to a document sent by Paris authorities to the European Union's Council of leaders, France still fears an active “terrorist threat” that it believes is reduced by identity checks.
“The year 2018 has already been marked by two attacks claimed by the Islamic State that have left five dead and 20 wounded,” the letter said, adding that five planned attacks have been thwarted.
In practice, French land border controls with its EU partners are very light and many travellers pass without checks, but under its temporary order France retains the right to check passports and expel undesirables.
These controls were reinstated on November 13, 2015 after a series of bomb and gun attacks on Paris nightspots and the national sports stadium, which were planned from Brussels, left 130 dead.
The French document, seen by AFP, warns that “terrorist cells” remain scattered across Europe and may be reinforced if some of the estimated “10,000 terrorists, including perhaps 400 French citizens or residents” flee the Russian and Turkish military pressure on the Syrian city of Idlib.