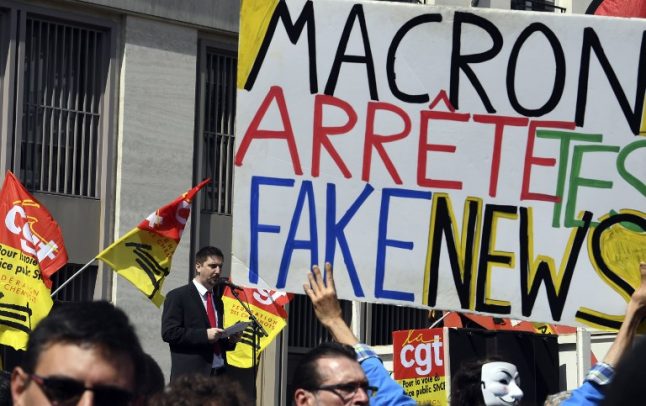 Defenders of the French language on Thursday pleaded with people to stop using the English term “fake news”, recommending they refer to “information fallacieuse” instead.

Thanksfully for those who find information fallacieuse a bit of a mouthful the Commission for the Enrichment of the French Language (CELF)  coined the new expression, infox.

News of the new word was published on Thursday in the French government's official gazette, the Journal Officiel.

The anglo-saxon expression 'fake news', which refers to a range of behaviour contributing to the misinformation of the public, has rapidly
prospered in French,” the commission lamented.

“This is an occasion to draw on the resources of the language to find French equivalents.

“The “Commission d’enrichissement de la Langue Française” (Commission for the Enrichment of the French Language) works alongside the more famous Académie Française. One of its roles is to invent French words to replace the countless English ones that are currently being used by French speakers and which horrify language purists.

The commission came up with “infox” after months of deliberation, according to media reports. Other options considered but finally rejected included “craque”, “infaux”, and “infausse”.

But the jury will be out for some time as to whether “infox” will make it into the mainstream.

Some recommendations from the Académie Française to replace anglicisms have met with modest success, such as the word “courriel” to replace email.

But many others have met with derision and are rarely if ever heard or seen.

One recent word that met with much scorn was its suggestion that the French ought to stop saying “smartphone” and instead use “mobile multifonction.”

READ ALSO: Twenty English words that should be banished from French