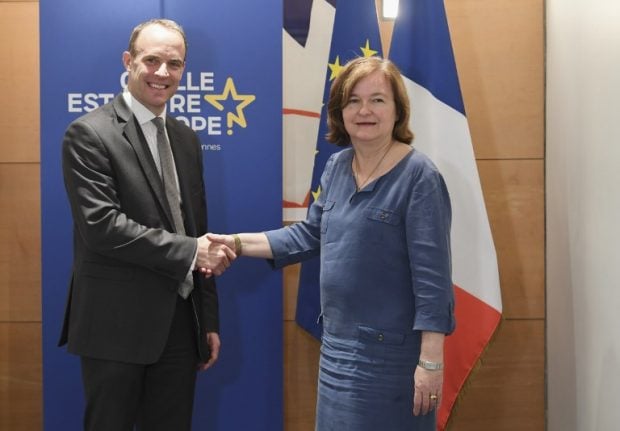 At first glance the words of France's Europe Minister Nathalie Loiseau on Wednesday were reassuring to the estimated 150,000 Britons living in France.

“We must make sure that in the absence of a deal on March 30th, 2019, Britons living in France do not find themselves suddenly with irregular (immigration) status,” said Loiseau after unveiling draft legislation to prepare for a possible no-deal Brexit.

While no one really thought French authorities would be herding British residents towards the Channel ports on March 30th if there was a no-deal Brexit, the minister's words will still have come as some relief to the thousands who have been living in a state of anxiety since the referendum result.

“We want to reach the best situation possible with a view to – and that is quite normal – working in a spirit of parallelism and reciprocity between the status we'll give UK residents in France and the status given to EU citizens in the UK,” Loiseau told reporters on Wednesday.

In other words France is seeking a “reciprocal” agreement whereby London and Paris would treat each others' expat citizens equally, the minister said.

And a statement sent out by the Elysée made it clear that Paris would wait to see how Theresa May's Conservative government will act to protect French nationals in the UK before it reciprocates the move.

“The Government will take appropriate measures relating to the situation of British nationals in France. It will take account of the status granted by the United Kingdom to our nationals on its territory,” read the statement.

Which is why many Britons in France are concerned. Some raised those worries on Twitter.

Brexit: French government to give reciprocal rights to Britons in France. But thanks to May and those destroying Britain, reciprocal become a very scary word indeed: https://t.co/mYgDwBHkfT via @TheLocalFrance

Peter Timmins added: “This sounds good until you realise that if the PM shafts the French in the UK, the French intend to reciprocate.”

#Brexit: French government to give reciprocal rights to Britons in France.

Sounds good until you realise that if the PM shafts thevFrench in the UK, the French intend to reciprocate.https://t.co/xR1SaWa3Do via @TheLocalFrance

Vive la France! Of course there's every likelihood that Theresa May will say this can't happen https://t.co/3BDrYZzukz

The word “reciprocal” worries Brits in France because it leaves the ball in the UK's court.

All will depend on what rights the British government choose to grant EU citizens already in the UK and with the Tory government seemingly in endless turmoil over Brexit it's still unclear what those terms will be if there is no amicable divorce between Britain and the EU.

In a speech last month the UK Prime Minister moved to reassure the 3 million EU citizens living in the UK “who will understandably be worried”.

“I want to be clear with you that even in the event of no deal your rights will be protected. You are our friends, our neighbours, our colleagues. We want you to stay,” she said without giving any further details.

May's assurances were welcomed and it is believed EU citizens in the UK will be allowed to apply for settled status even n the even it a no-deal but with just months to go before B-Day,  EU citizens in the UK and UK nationals around the EU still have nothing in law that guarantees their status.

The fact that relations between London and Brussels have become increasingly fraught and fractious to the point where talks have reached an impasse has only added to all the uncertainty.

Which is why there are growing calls for the citizens rights section of Britain's draft withdrawal agreement from the EU, that was agreed on last December be “ring-fenced” and made law.

Kalba Meadows, from the Remain in France Together Campaign group told The Local: “The only moral and secure outcome for our rights and those of EU citizens in the UK in the case of no deal is a legally binding, ring fenced citizens' rights agreement.

“There is more and more support for this now – Manfred Weber, chair of the influential EPP group of MEPs, pronounced for this.

“So while I welcome the statement from the French council of ministers, we will be continuing to press for a ring-fenced agreement, legally binding under international law.

“There is already a draft agreement that could be honoured even if the rest of the deal failed, and it would show that both sides really did care about people before politics,” she said.

The campaign groups British in Europe and the “3million” which represents EU nationals in the UK have also urged London and Brussels to act by ring-fencing the current citizens' rights agreement.

“Enough is enough, we need legal certainty now, and we ask you to do the right thing by providing it,” British in Europe said.

“You jointly have it within your powers to end this nightmare immediately for over 4 million of us.”

That draft withdrawal agreement gives Brits already in France and those that move here before Brexit Day the right to remain and work. It also guarantees them health cover and that their pensions will be uprated.

However it does not grant them onward freedom of movement to other EU countries, which will leave many “landlocked” in France an could significantly impact the lives of those whose jobs require them to move regularly.

But in the current state of play ring-fencing this agreement is seen as a far better option for Britons in France and around the EU than member states such as France promising “reciprocal” action.