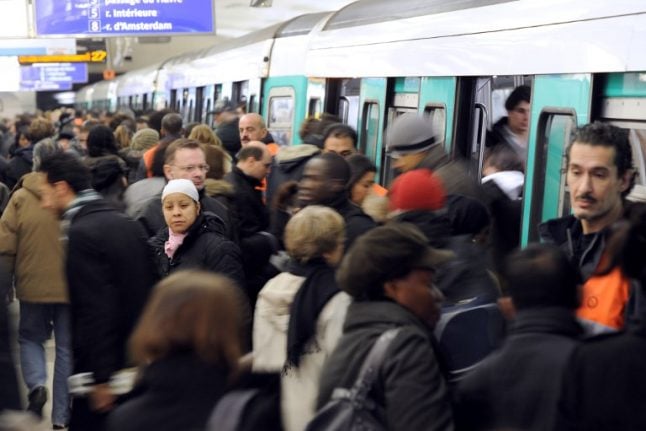 While it might sound outlandish for a major capital city to introduce free public transport, it's an idea Paris Mayor Anne Hidalgo has been keen to explore.

But the question on everyone's lips is, can the French capital really afford to let its residents travel on buses, trams, the Metro and RER for free?

When did the idea first come about?

In March, Hidalgo said she was commissioning a study to look into the possibility of making the French capital's public transport network free for everyone.

In an interview with French newspaper Les Echos at the time she said “the question of free transport is one of the keys to urban mobility in which the place of pollution-causing cars is no longer central. Many cities are looking into it.”

Hidalgo said the radical move would only be done if it was economically viable.

The results of the study she commissioned are due to be made public in mid-October. Who is for it?

Even though Hildalgo admitted back in March that there was “nothing to say that it would be possible” it's fair to say she is in favour in theory and would like to be able to introduce it before 2020 when she faces new elections.

The mayor believes the question over whether it is possible “deserves to be asked without any preconceptions or dogmatism.”

She is also supported by many of her colleagues on the Conseil de Paris (Council of Paris), the majority of whom are socialist.

And who is against?

On the other side of the debate is another heavyweight in Paris politics, Valérie Pécresse, the right wing president of the greater Paris region of Île-de-France and chair of Île-de-France Mobilites, the body in charge of Paris transport.

Unfortunately for Hidalgo, Pécresse will have to approve the move before it can go ahead.

On top of their longstanding rivalry, another issue for the mayor in pushing through the major change to the capital's transport system is that transport users in Paris contribute some €3.8 billion to the Île-de-France region's coffers.

Naturally, this makes it even less likely that the president of the region, Pecresse would allow it to pass.

On her team are the right wing Republican and Independent group in the Ile-de-France who have labelled the idea as “useless” and “irresponsible” while government spokesperson Benjamin Griveaux has also voiced his doubts, saying, “No service is completely free”.

Why is it back in the news now?

At the same time as Hidalgo's study was being carried out, a second feasibility study, commissioned by Pecresse took place — the results of which emerged on Tuesday.

That study was conducted by a committee of eight experts under the guidance of Jacques Rapoport, a former President of SNCF Réseau (which manages transport infrastructure) and former Deputy Director General of the French capital's transport operator RATP.

And it may not come as too much of a surprise that it didn't exactly come out in favour of the idea. The free service would have a “minimal effect on the reduction of road traffic and the improvement of air quality”, the report said, adding that it would “rapidly degrade all public transport lines” and “would result in €500 of tax increases per household in Ile-de-France  in 2019”.

It highlights that “more than a million people already benefit from free or discounted rates”.

In fact, instead of coming out in favour from of the idea of free public transport, the report commissioned by Pecresse argues for increasing the price of tickets, something which led French newspaper 20 Minutes to label her a “good student of Margaret Thatcher”, the former British prime minister.

The suggestion instead is that the monthly Navigo travel pass for the Paris region should increase by up to 5 percent to pay for improvements.

Since the results of the report were published, Pecresse has been giving interviews to the French media to back the report.

“We were open on this issue. We started off without a political stance,” Valérie Pécresse told 20 Minutes who recently said the city's transport network is already at bursting point and making it free would only make the problem worse.

“The work has shown that free public transport in Ile-de-France would be a dead end. And it would not solve the problem of air pollution.”
“What we want to do is make Parisians want to take public transport with a new, comfortable service. For this we need funding.”

Unsurprisingly Mayor Hidalgo is keen to wait for the results of her concurrent report which she says is being conducted by “French and foreign experts”.

“We will return to the debate in early 2019,” she told France Culture this week.

So for now, while a question mark remains over the issue, based on Precresse' seemingy hardening stance on the issue, it looks like Hidalgo certainly has an uphill battle ahead of her.